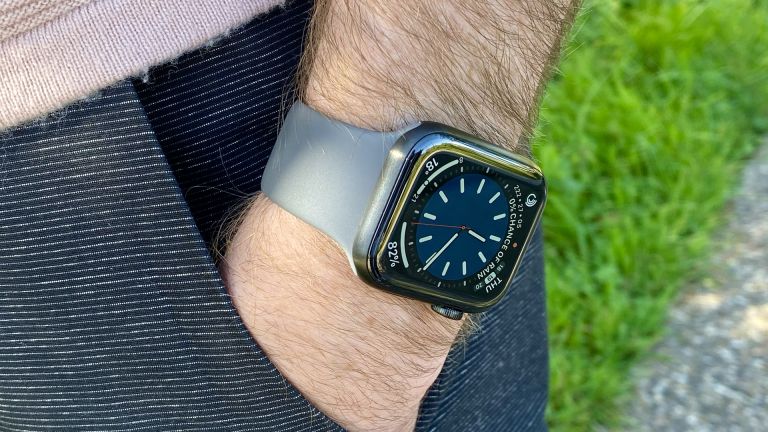 The Apple Watch Series 5 is the best smartwatch on the market, but it isn't without its faults, most notable among which is the lack of ability to natively track your sleep. However, Apple could be preparing to address this main criticism next year (2020).

Sleep tracking, which will likely be introduced with the Apple Watch Series 6, has been a mainstay for the likes of Fitbit and Samsung for years, and it makes sense that Apple would want to add it to the Apple Health App, allowing users to get a more complete view of their lifestyle and wellness.

This latest news comes from a Bloomberg article, which states, "Apple plans other revamps for later next year, too: a Watch with sleep-tracking features…".

This comes a few weeks after GSMArena spotted a reference to the tool in a screenshot for the Alarms application on the App Store, which was later removed by Apple.

Codenamed "Burrito" internally and set to be known as "Time In Bed Tracking" on the front-end, the tool will monitor a user's movement, heart rate and natural sound to track their quality of sleep – waking them up at the optimum time, if requested.

9to5Mac notes that if a user wakes up and starts their day before the alarm sounds, the Apple Watch will automatically disable the alert. It will also take the lead for the wake-up call, using the iPhone as a backup if the Watch's battery happens to run flat.

Plus, there will be an option to use a silent alarm that only vibrates the Apple Watch, as well as the choice to automatically enable Do Not Disturb on both the companion iPhone and the Watch itself when the user heads to bed, according to 9to5Mac.

Considering Apple has already created a UI to unify Alarm and the Sleep applications it seems like this feature was very close to launching with the Apple Watch Series 5.

It's not known why this feature didn't make it to the final version, but it could be to do with the models shorter battery life (due to the more battery-intensive always-on display).

So, will we finally see sleep tracking in the Apple Watch Series 6? It seems likely, but only time will tell.