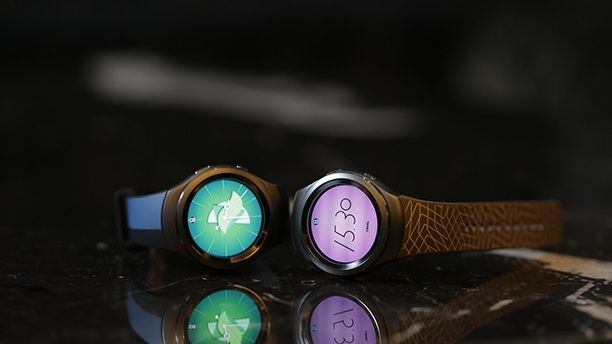 The Samsung Gear S2 has just got a major shot in the arm in its battle with the Apple Watch, as thelegendary designer Alessandro Mendini has partnered with Samsung to create a number of exclusive and stylish watch faces and bands for the new wearable.

As we mentioned in our Samsung Gear S2 hands-on review, the brand new wearable is a reasonably good looking smartwatch in its own right, however with Mendini's stunning designs on board it could have a chance of becoming the most desirable smartwatch on the market.

The reason why we're so excited about Mendini's involvement is because he is an important figure in modern Italian design, with his interest in mixing different cultures and forms of expression proving to be particularly influential, and he even holds an honorary title from the Architectural League of New York.

A watch for mankind

“I believe the watch is one of the most precise and valuable devices that mankind has ever made, and Samsung has successfully reinvented this device in a way that fits within in our technology-driven world,” said Alessandro Mendini.

“It was a fun and highly collaborative experience working with the global leading mobile company to craft something that merges the style of a traditional watch with the digital world for a completely unique design experience – it will truly become the future of mobility.”

With the Samsung Gear S2 coming with a number of exciting fitness features, along with an improved battery life that can apparently last for two to three days, it's not surprising Samsung has been able to attract a design legend like Mendini.

If you want to give your smartwatch an extra touch of class, then the Alessandro Mendini collection for the Samsung Gear S2 will be available when the device launches.