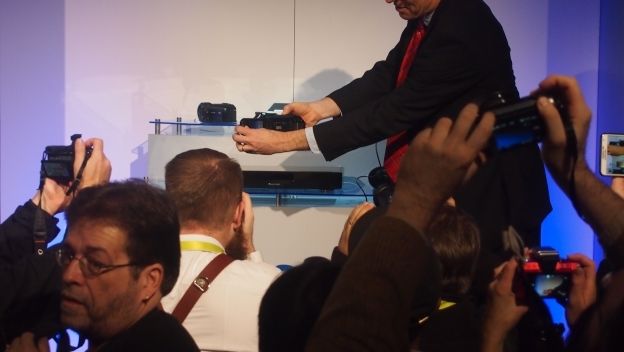 Panasonic's press conference at CES this was fairly dull, but the Japanese brand did mercifully slip in a couple of interesting reveals.

The first was the world's first 4K Blu-ray player, the prototype of which is being shown off here at CES in Las Vegas for the first time. The 4K Blu-ray format has been endlessly delayed but it certainly looks as though 2015 will be the year the products and discs finally hit the shelves.

Of course, showing off a 4K BDP prototype at a trade show is as easy as putting an empty box on a shelf. But it does at least promise further developments for the year.

Panasonic also revealed today that its 2015 4K TVs will all go on sale powered by Firefox OS. They're the first TVs powered by the Mozilla software and promise to offer a smart TV interface to rival LG's fantastic webOS 2.0 system.

From what we've seen so far, it looks like a decent platform, with an attractive interface - but we'll take a closer look later on in the week.