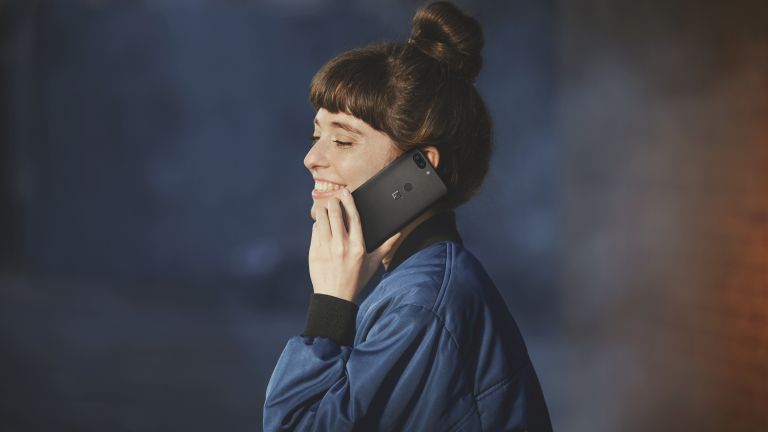 OnePlus has finally unveiled the 5T and in doing so, joined in on the hottest smartphone trend of 2017, banishing the bezels.

The new OnePlus flagship features a 6-inch display in a handset roughly the same size as its predecessor (which only had a 5.5-inch display).

The 5T features a few design tweaks, such as a refined camera bump, but largely, remains the same beautiful smartphone.

The new OLED display has a now familiar 18:9 aspect ratio, and a resolution of 1080x2160. We've been using it for a few days now, and it looks great, with bright and saturated colours.

To make room for the larger screen, OnePlus has moved the finger print sensor to the rear of the device. It's coated in ceramic, and is just as lightning fast as its front-facing predecessor.

Facial Recognition has also been added to the mix, although, this system simple uses the camera, and is therefore not as advanced as Apple's system.

Still, it's nice to have options.

Check out the more images of the OnePlus 5T below:

Moving on from the new display, OnePlus' next biggest update is a new camera system.

The OnePlus 5T features a dual camera setup with one main sensor and one "low-light" sensor, replacing the more traditional wide and tele combo.

The secondary camera is equipped with a large f/1.7 aperture and Intelligent Pixel Technology which merges four pixels into one, reducing noise in low-light environments and enhancing clarity.

It's an interesting take on the dual camera set up, so we'll have to see how this fares in our review.

Additional improvements have been made to Portrait Mode to improve noise reduction.

Elsewhere not much else has changed. The OnePlus 5T still packs the Snapdragon 835, 8GB RAM, 64/128GB storage, and Dash Charge for speedy battery replenishment.

Another key element that hasn't changed is the price, with the OnePlus 5T going on sale with prices starting at £449 ($499 USD).

You'll be able to purchase the handset on the 21st of November from OnePlus' website, or O2 Pop-Up shops across the UK.