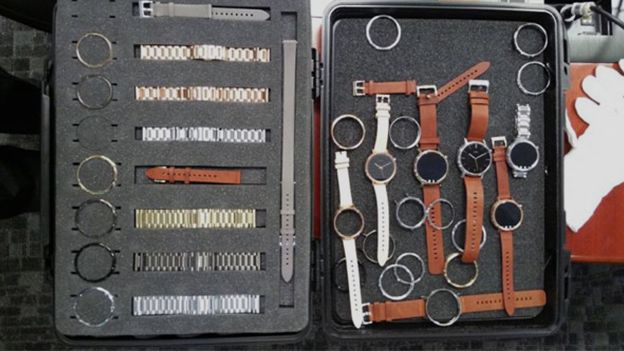 We like the Moto 360, but it's just so big. On someone with small wrists, it looks like a sundial. But if this photo is to be believed, it looks like Motorola has a smaller model up its sleeve.

And we have good reason to believe it's the genuine article. It was posted to Weibo, which is China's equivalent of Twitter, by none other than Yang Yuanqing, CEO of Lenovo. Lenovo owns Motorola, which gives the snap about as much credence as it's possible to have.

He quickly deleted it – which suggests he realised he shouldn't be leaking top-secret products – but not before Chinese site MyDrivers could spot it. They quote Yuanqing as posting this message with it: "Moto 360, matching the arrival of the era of freedom, in the future we want to increase the store features a watch shop."

Couldn't have put it better ourselves.

Reading between the lines, that could mean the second-gen Moto 360 has more customisation options. Which would be impressive indeed. The current model already works with Moto Maker, Motorola's customisation software that's also available for the Moto X. This gives you three case finishes and nine bands.

The watches in the snap have lugs either side of the face, suggesting they'll fit any regular watch strap. Which, when added to the two sizes on offer, would make for plenty more customisation options.

The Apple Watch comes in two sizes, so it's highly likely Motorola has listened to criticism, spied what the competition is doing, and decided maybe a giganto-watch isn't for everyone.

According to leaked source code, Google's Android Wear operating system could be compatible with iOS, so the likes of the Moto 360 would work with iPhones. We'll bring you more on the device as we get it.