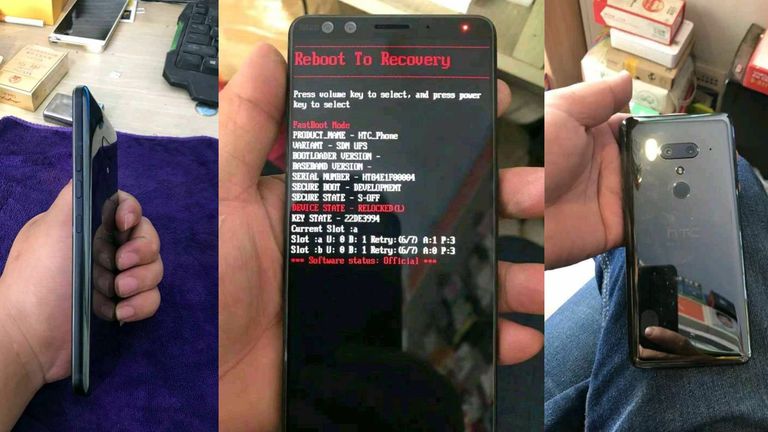 Reportedly real images of the upcoming HTC U12+ flagship smartphone have leaked via the HTC Taiwan News Update page on Facebook.

The images show the phone in full and, when partnered with the previous widely reported leaks that detailed the U12+'s supposed hardware spec, now means that we now probably know everything about the new device ahead of its launch.

But what do the leaked images reveal in terms of design for this Samsung Galaxy S9+ rival?

In terms of screen and bezels, the HTC U12+ looks like it does indeed have an 18:9 aspect ratio edge-to-edge screen, with very tiny side bezels. Interestingly, it looks like HTC has not gone with a notch on the HTC U12+, with the phone sporting a top bezel embedded with another dual-camera setup. The images also reveal a USB Type-C port and no 3.5mm audio jack.

These are specs that would likely allow the U12+ to go toe-to-toe with 21018's other flagship smartphones, such as the Huawei P20 Pro, Sony Xperia XZ2 and Samsung Galaxy S9.

Naturally, though, the biggest question regarding the HTC U12+ still remains unanswered, and the one that we feel will make or break its success – is the phone going to be picked up by any carriers?

The HTC U11+ was a cracking smartphone but completely let down by the fact that not one single UK carrier picked it up, meaning that the only place you could buy it was directly through HTC itself. Judging by what we've heard about its hardware and now seen in terms of aesthetic, if HTC can fix this problem then the U12+ could very well be one 2018's biggest surprise hits.