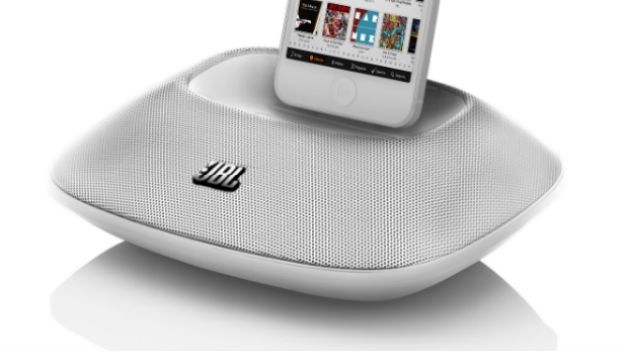 The first to be released is the smaller, portable JBL OnBeat Micro, which will set you back £80 when it arrives at the end of November.

The OnBeat Micro can be loaded with four AAA batteries and carried about on the move offering (JBL assures us) five hours of full volume music playback. You can also run it through the mains and use it to charge your iPhone 5 or iPod Touch.

Inside are 2 x 2W speakers and full digital signal processing. Available in a choice of black or white (naturally) there's also a USB slot and an AUX connection to connect up a non-Apple device. Although, that does kind of defeat the point.

T3.com got ears-on with the JBL OnBeat Micro earlier today and can confirm the sound volume isn't half bad. Hardly surprising considering JBL has been making iPod docks since the early days of 2001 when it was one of the first companies to get behind Apple's fledgling mp3 player.

Both docks will be available to buy in the majority of retailers including Currys, Amazon, John Lewis and the Apple store.