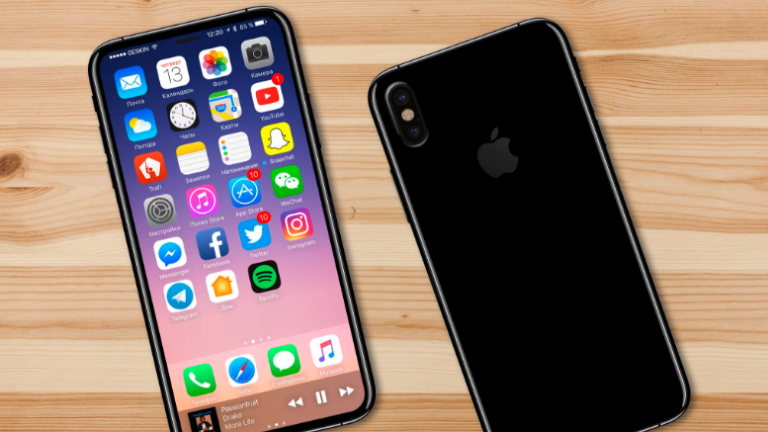 The Apple iPhone 8, which could also be called the iPhone Edition - and actually be released as a third model with the iPhone 7S and iPhone 7S Plus - has appeared.

Well, a model of the iPhone 8 has appeared. Thankfully the source is designer Benjamin Geskin, who has been a reliable source in the past. He claims to have a CNC machined model of the phone along with plenty of details.

As you can see from this picture the handset looks similar to the current iPhone 7 in shape and size. Geskin says it’s about the same thickness at around 7.1mm but it’s that front where the major changes can be found.

One image here has had a bit of Geskin’s designer skills added to show what the final model will look like with the screen on. He claims that means a near edge-to-edge screen with 4mm bezel and curved 2.5D glass on both the front and back.

The iPhone 8, he says, will also feature a Touch ID fingerprint reader that is built in behind the glass. Also confirmed here for the iPhone 8 is dual rear cameras and even dual front cameras.

All of these rumours have leaked before from various sources so this adds further weight to these expectations we have for the new iPhone. Here’s hoping rumours of Apple suffering supply chain issues aren’t so spot on so we see this new model appear by September.