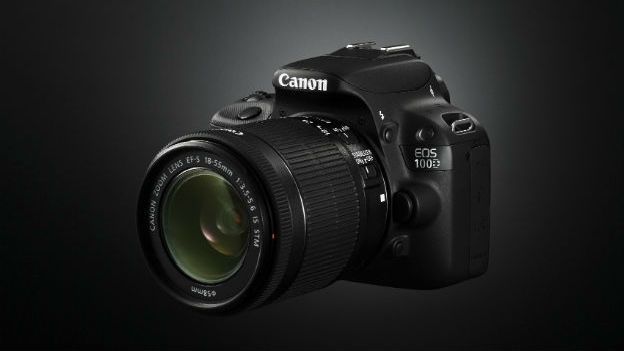 Canon has revealed two new DSLRs in its EOS range, including the smallest and lightest DSLR on the market

Rumours had been circulating that Canon had some new cameras in the pipeline and today the Japanese company has lifted the lid on its latest additions.

Meanwhile, the second camera is more along the lines of the Canon EOS 650D and uses an advanced autofocus system that consists of nine cross-type points spread across the frame that deliver greater speed and accuracy when shooting.

Both models are equipped with an 18MP CMOS sensor and a Digic 5 image processor that we've seen in previous Canon DSLRs. Both will also shoot 1080p Full HD video and feature a 7.7-inch touchscreen-enabled LCD for reviewing photos and videos.

Canon has adopted what it calls "enhanced creative modes" perhaps as a way to capture some of the smartphone love for textured image filters. You can add Fish-eye and Miniature effects, as well as several other filters that Canon has bundled into the new releases.

In addition, the two new DSLRs both feature a Scene Intelligent Auto mode that detects the type of picture you're taking and suggests the relevent settings for the best possible outcome.