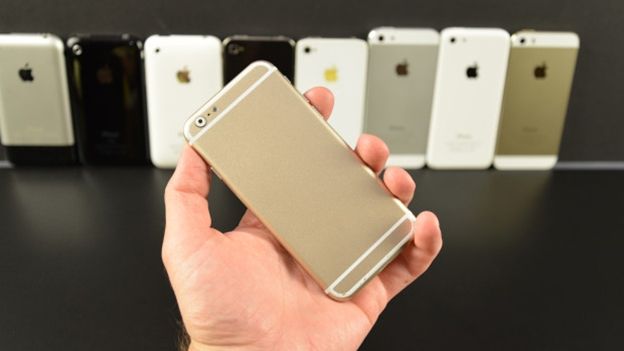 What may be the first picture of the larger iPhone 6 has been published online.

Previous iPhone 6 rumours had already suggested that Apple is working on two different versions of its next smartphone – a 4.7-inch version and a larger 5.5-inch model.

We've increasingly seen and heard details about the 'smaller' of the two iPhone 6 models. But the last we'd heard of the large iPhone 6, Apple was struggling to find a battery supplier and that it was likely to be pushed back to early next year.

Now serial iPhone leaker Sonny Dickson has posted a series of new images that show what appears to be both models of the iPhone 6 next to each other.

According to Dickson, the phones aren't working models, but are internal mockups, produced by the manufacturer for testing purposes.

Interestingly, Dickson also took pictures of the two phones next to all of Apple's previous iPhones, as well as some of its key rivals.

The pictures show the iPhone 6 4.7-inch model will be smaller than both the Samsung Galaxy S5 and HTC One M8 – but not by much.

Of course, we'll have to wait until September to find out if the pictures are genuine.