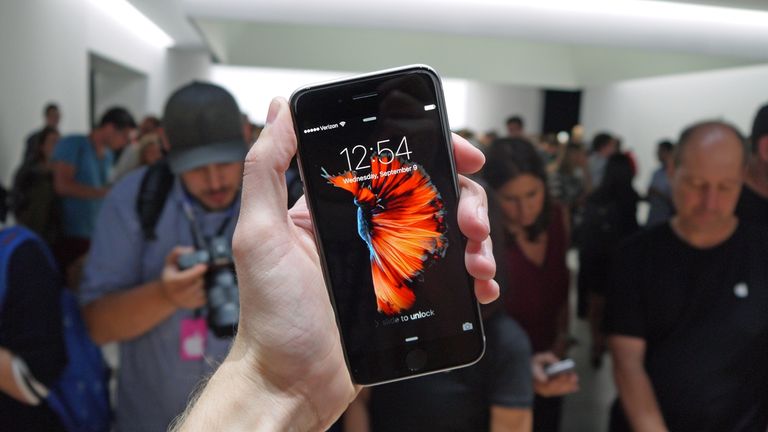 No phone in 2015 was as highly anticipated or as heavily leaked as the iPhone 6S, but it's finally here and the question now is can it really live up to the weight of its own hype?

Certainly it's a stylish, innovative and powerful smartphone, but the competition has never been stronger, with Samsung finally delivering on design with the Samsung Galaxy S6, LG launching a big-screen beast in the form of the LG G4 and Sony tweaking its flagship line to near perfection with the Sony Xperia Z5.

They're all true flagship phones, but they also all have their own strengths and weaknesses as you'll see in our T3 Smackdown.

There are no real surprises with the design of the iPhone 6S, as it looks much the same as the iPhone 6, with a slim metal unibody.

That's ok though because the iPhone 6 is one of the best looking handsets around and the iPhone 6S is at least made of a stronger 7000 series aluminium. Plus you can get it in a new rose gold colour, as well as the old silver, gold and space grey shades.

The Samsung Galaxy S6 takes things in a slightly different direction, with a metal frame but a glass back. It's slim too and looks similarly stylish, though the glass can be a bit of a fingerprint magnet.

The LG G4 is arguably the worst looking of these four phones, with either a plastic or leather shell. Leather might sound promising but it's stretched so thin that it feels cheap and the phone has a fairly bulky build.

Meanwhile the Sony Xperia Z5 looks premium if overly familiar, with its boxy metal frame and frosted glass back. It does however offer dust and water resistance, making it more durable than its rivals.

The major new feature of the iPhone 6S is 3D Touch, which responds differently depending on whether you give it a hard or light press, granting you a new way to interact with the phone. It also has a new 12MP rear camera with support for 4K video and animated Live Photos, a 5MP front-facing snapper, a 4.7-inch screen and a Touch ID fingerprint scanner that's twice as fast as before.

Other than its stylish new design the Samsung Galaxy S6 benefits from a Touch ID-rivalling fingerprint scanner, an impressive 16MP snapper with optical image stabilisation and a super-sharp 1440 x 2560 5.1-inch Super AMOLED display. The battery is small at 2,550 mAh, but it does at least support both fast and wireless charging.

The LG G4 is almost a phablet with its 5.5-inch 1440 x 2560 screen and it too has a powerful 16MP camera with optical image stabilisation. There's no fingerprint scanner here, but it is the only one of these four with buttons on the back, a decision made to make them more easily reachable. It also has a reasonably large 3,000 mAh battery.

Sony has added a speedy side-mounted fingerprint scanner to the Xperia Z5, as well as upgrading the camera to a 23MP one and delivering good battery life with a 2,900 mAh juice pack. It also has a 5.2-inch 1080 x 1920 screen and support for PS4 Remote Play and Hi-Res audio.

Apple has equipped the iPhone 6S with a new A9 processor that's 70 percent faster at CPU tasks and 90 percent faster at graphics than the A8. Performance then should be slicker than ever and that's saying something since iPhones aren't known for being laggy.

The Samsung Galaxy S6 is a hugely powerful phone too though, with 4GB of RAM and an octa-core Exynos 7420 processor clocked at up to 2.1GHz.

The iPhone 6S runs iOS 9, which is just like iOS 8 but with improvements to Apple Maps, genuinely useful updates to Siri and a lot more. It should be familiar to Apple fans but it looks like it will be the best version of iOS yet.

The Samsung Galaxy S6, LG G4 and Sony Xperia Z5 all run Android Lollipop (rather than the newer Android Marshmallow), which is a pretty slick and polished OS itself, but they all have their own looks and themes, making them feel a little different. Thankfully whether you opt for Samsung's TouchWiz, LG's Optimus UX or Sony's Xperia UI the experience isn't too far removed from good old regular Android.

Arguably iOS 9 is a little more intuitive, but power users may prefer the wealth of widgets, tools and customisation options found on the more open Android system.

As an 'S' model the iPhone 6S didn't get a revamp, instead it's a polished version of the iPhone 6, but with a slim and stylish build, an improved camera, more power and even an innovative new feature in the form of 3D Touch it's still an exciting and seriously impressive phone.

It's probably the best iPhone yet and if you're an Apple fan that's all you'll need to know, but if you're more platform agnostic it's worth considering the Samsung Galaxy S6, LG G4 or Sony Xperia Z5, all of which are worthy Android competitors.

The Samsung Galaxy S6 in particular feels like it can go blow-for-blow with the iPhone 6S, especially now that Samsung has delivered a design worthy of its specs. But the big screen LG G4 and water resistant Sony Xperia Z5 could prove tempting options if you want something a little different.

· Fancy something a little bigger? Check out the Samsung Galaxy S6 Edge Plus