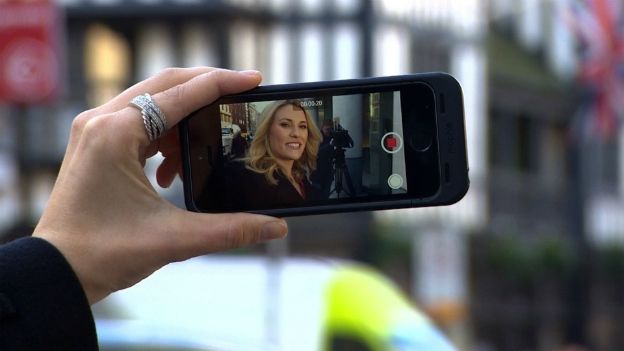 When I was a kid all I wanted was a video camera. I loved the art of camerawork and the beauty of things like Steadicam and Technocranes for getting impossible shots. These days half of what I see on the internet makes me want to smash every camera on the planet.

The problem is, there is no longer a barrier to entry. When I was dreaming of holding a video camera, back in the day, the damn things cost a small fortune. A dreadful one was £300 - which in the late '80s was a king's ransom - and a good one was in the thousands. These days every moron with a bad movie idea gets given an HD one for free as part of their mobile phone.

So now, instead of people wanting cameras, saving to buy them and producing beautiful things on them what we get is people who don't understand the difference between horizontal and vertical shooting. YouTube is festooned with video of people who understand framing so little that they shoot shaky video in an aspect ratio that is utterly incompatible with both the human eye, and every single display made ever.

And at gigs, comedy shows and anything else that has ever happened in a public place there will be a sea of people making their own crappy videos. Even if those events are being shot in glorious HD by a reputable broadcaster. It is a simple fact that you cannot enjoy an event and do it justice in video from your phone. If you're watching your favourite band, you'll probably be dancing. If you're enjoying a comedian you'll be laughing. These are both atrocious ways to make a video that anyone will want to watch later.

Tripod, not just another iPod

Tripods. Yes, that's right, they're boring. But do you know why camera operators use tripods? It's so the resulting video won't look like a drunk pirate shot it on the deck of his storm-battered ship. The human brain does a massive amount of processing to the signal your eyes send it, including smoothing motion and making it so your idiot body doesn't make you feel sick with all that lurching about. A mobile phone camera can't do that and nor will the brains of those watching - it just doesn't work like that. Video shot on a tiny phone has none of the stability needed to make a pleasant viewing experience later.

Oh, and sound. You know that million pound PA system Taylor Swift lugs about with her, she's not doing it for fun. Sound is at least half, if not more, of the experience of video. Even if you somehow nailed the visual part of your cellphone production, the audio will sound like it was recorded through a melon. Go on YouTube and watch some concert videos, you'll hear what's known it the trade as "a bloody mess".

All these videos are doing is clogging absolutely everything up. They're clogging up your phone, they're clogging up YouTube. If I'm searching for a Taylor Swift video and I accidentally see your mobile phone clip then it's also clogged up my internet connection and my eyes. You might even save some of these videos on your computer too, thus clogging it up. You'll make backups, to save your precious memories, and clog up those with this dire nonsense too.

And I bet, after all that you'll look at it once after and say, "this is awful, why doesn't it fit on this screen properly" and never watch it ever again. So, the next time your eyes are enjoying a significant event, put the camera down and record the memory in your brain. The resolution is unlimited, the sound perfect and the emotions saved along with it all.