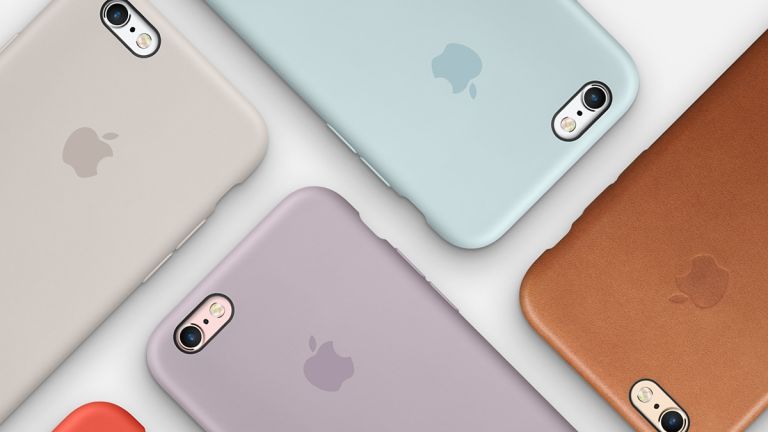 You've shelled out a substantial amount of cash on a brand new Apple handset, so what's next? If you've got anything left in the bank then there's a wide range of accessories available - helped by the fact that the 2015 iPhone 6S and iPhone 6S Plus are very similar to last year's models in terms of design and dimensions.

We've picked out our favourite accessories in each of the key categories, although there are plenty of other alternatives to wade through if you want to make up your own mind. From boosting the battery life to protecting your Apple smartphone from harm, these extra bits of kit should be high on your wish list.

When it comes to cases your options are wide open: you can go for something that barely adds any bulk and take your chances with dropping the phone, or go all-in on rugged protection and sacrifice some lightness and thinness at the same time. We like the look of the Tech21 Evo Mesh Case, officially approved by Apple (well, in their store at least), which comes in four colours (White, Smoke, Light Blue and Lime).

The case manages to add some protection against accidental drops without ruining the aesthetic of your iPhone 6S or iPhone 6S Plus - you still get full access to all the ports and buttons, while the phone edges are rounded off with a special injection-moulded FlexShock material. Its makers say the intelligent impact protection system "absorbs, dissipates and repels impact force". [£29.95, Tech21]

The new iPhones might have some nicely upgraded cameras inside their svelte frames, but the Olloclip 4-in-1 takes your mobile photography to another level entirely. It clips on top of your iPhone and covers the front and back lenses snugly, adding four new choices to the mix: fish-eye, wide-angle, macro 10x and macro 15x (for those close-up pictures).

Fish-eye gives that ultra-wide, bowl effect to your pictures, while the standard wide-angle lens offers double the field of view according to Olloclip. For those shots where you want to get more of the scene in, they work perfectly, while the macro modes add extra details and magnification. There are five different colour combinations to pick from and of course the pictures and video clips you take work perfectly with all the usual apps already installed on your smartphone. [£69.99, Olloclip]

If you're going to upgrade the still-rather-disappointing set of earphones that come supplied with the iPhone 6S and iPhone 6S Plus then going with the company that Apple acquired last year is a safe bet. There are plenty of different choices with the Beats by Dr Dre label attached to them of course, but we like the finish and portability of the urBeats In-Ear Headphones, even if they are a little on the expensive side.

It's worth paying a bit extra if you're serious about your music, and this set comes with an in-line microphone so you can take calls without having to fish your iPhone out of your pocket first. There are five different colour combinations to pick from (including a bright red) and they're finished in a chrome metal housing. A substantial upgrade on the bundled earphones. [£79.95, Apple]

If you're after some extra battery juice on your travels then you can't really go wrong with Mophie - the company makes a whole host of cases and charging packs for a wide range of phones including the latest Apple handsets. It's up to you how much you want to spend and how much power you want, but we'd be tempted to go to the very top of the range with the Mophie Spacestation. Who wants half-measures, right?

As well as adding an extra better (Mophie says it provides up to 3x the battery life), the Spacestation also includes external storage for your photos, music and other files (handy if you've opted for the 16GB iPhone). You can choose between 32GB, 64GB and 128GB of storage, and the drive can hook up to your computers too. [£129.95, Mophie]

The Apple iPhone 6S and iPhone 6S Plus include such a plethora of activity-tracking capabilities that you'll want to take these devices out on a run with you to track your progress - but how exactly do you keep them secure while you're jogging around the local park? Enter the Incase Sports Armband, available for both the smaller and larger handsets in Apple's 2015 smartphone line-up.

The armband keeps your phone snug against your arm while you're trying to beat your personal best and there's a screen protector included too so you don't get rivers of sweat breaking all the circuitry inside your new handset. There's even a card slot to put your ID and bank cards inside (haven't you switched to Apple Pay already?). It's not as elegant as a fitness wearable but on the other hand it's much cheaper. [£29.95, Apple]

Liked this? Read our iPhone 6S Plus review