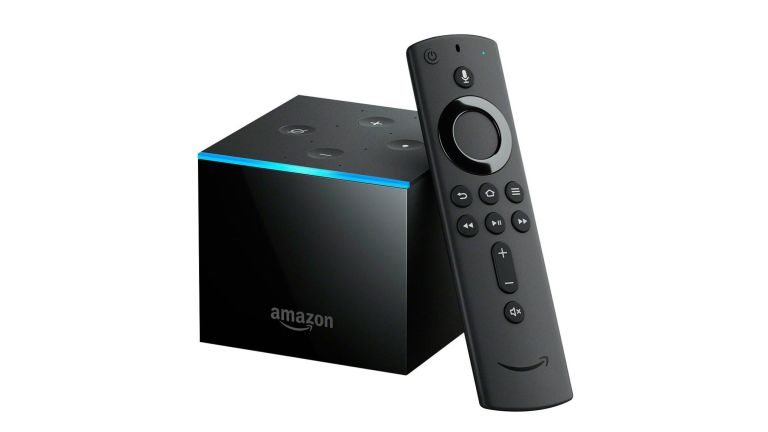 Amazon Prime Day is right around the corner and with it we're expecting to see some considerable savings on the Amazon Fire TV Cube and Amazon Fire TV Stick 4K — two of the best streaming devices on the market. But before you can snap one up on the cheap, you'll need to know what they are, what they do, and how they differ.

Let's start with the basics: Both the Fire TV Cube and Fire TV Stick 4K are a portal into the wonderful world of streaming, coming bundled with Amazon Prime Video and Netflix to boot. Looking for something a little more specific? The Amazon App Store is home to thousands of other on-demand services, such as BBC iPlayer and ITV Hub.

You'd think navigating such an extensive catalogue of content would be a tiresome task, but it's actually quite the opposite. That's because the Fire TV Cube and Fire TV Stick 4K come with the Amazon's Alexa voice assistant on board — just tell it the name of a show or movie you want to watch, and it will find it. It's that simple.

Alexa can also be called upon to control various smart-connected devices in your home, like a Nest Learning Thermostat and a Ring Video Doorbell. Before you can do that, however, you’ll first need to connect them to an Amazon Echo to strike up the connection to your Amazon account that will see them accessible through Fire TV.

Don’t be fooled into thinking the Amazon Fire TV Cube can’t access the same pool of 4K Ultra HD content as the Amazon Fire TV Stick 4K, because it doesn’t have 4K branding to boot — because it can. There’s oodles to choose from, across a host of different sources, including Amazon Prime Video (duh!), Netflix and YouTube.

That means you can use the Alexa hot-word when your TV isn’t turned on — and without having to press a button on the remote, as is the case with the Amazon Fire TV Stick 4K — to instruct the digital assistant to search the internet, sift through linked accounts for contextual information (calendar events) and control accessories.

The speaker can also be called upon to stream music through Amazon Music Unlimited. It’s worth keeping in mind, though, that the sound quality is about level with the Amazon Echo Dot, so it won’t be powering a concert at the O2 or a house party, but it’s ideal for light listening while doing some dusting or ironing.

We’d be foolish if we didn’t point out that in order to house an integrated speaker, the Amazon Fire TV Cube is considerably larger than the Amazon Fire TV Stick 4K, as their names would have you believe, and thus can’t dangle behind a TV; instead needing to be positioned on a flat surface, like an entertainment stand or mantle.

Amazon Fire TV Cube vs Fire TV Stick 4K: Which Do I Need?

If you don't own a 4K TV and the benefit of being able to use Alexa while the television is turned off doesn't appeal to you, we have some good news: There's a cheaper Amazon Fire TV Stick out there that's exactly what you need. It's called the... erm... Amazon Fire TV Stick (no 4K this time) and tops out at Full HD streaming.

A Note For UK Readers