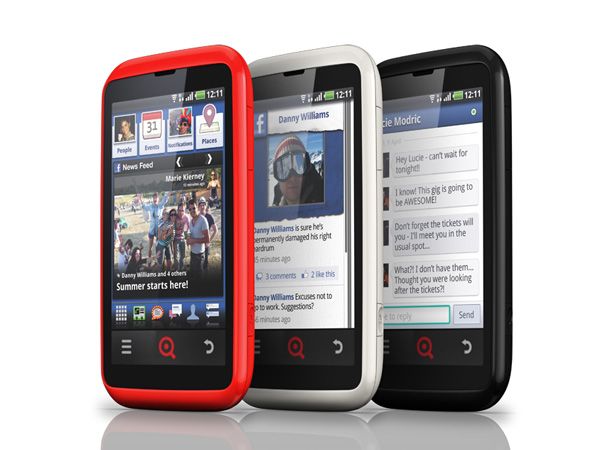 INQ Cloud Touch is not the official Facebook phone but it's close enough. The Skype-phone makers have fully integrated the social network with one touch access to all your friends, status updates and news feeds. The Fro-Yo running smartphone also comes with five customisable homescreens, Spotify out of the box and a five-megapixel camera.

T3 headed to INQ towers to nab an exclusive INQ Cloud Touch video. Here's a quick look at the new phone with all the Facebook add-ons. Impressed? Let us know what you think in the comments below, or tweet us @t3dotcom.