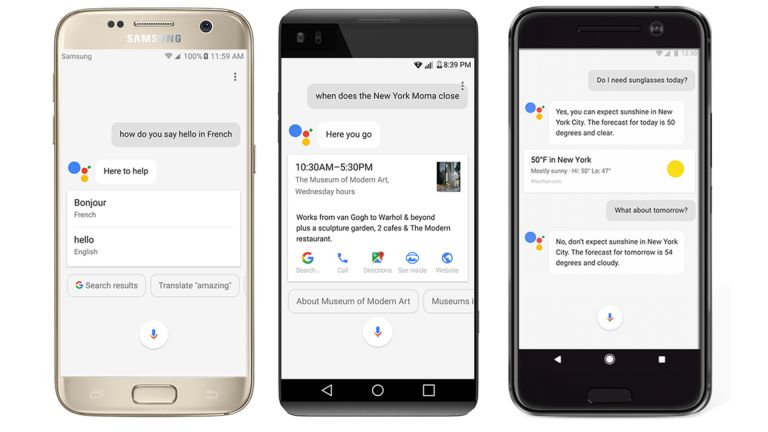 The mighty Google has announced that its artificially intelligent Google Assistant will be coming to more Android phones from this week.

Google announced that its AI Assistant will make the jump from its Pixel phones, where it’s currently only available, and begin appearing on phones with Android 6.0 and newer.

As the LG G6 was just announced at Mobile World Congress 2017, Google has decided to launch the Assistant on that device immediately. But for other Android users the good news is that if they have Google Play Services enabled the artificially intelligent voice controlled Assistant will be with them shortly.

So, what can Google Assistant do? The below video helps show off it’s best bits like remembering passwords for you, offering you information mid text chat with a friend and, of course, playing music and giving directions.

But since it’s smart it’ll learn and get better as you use it and and even let you keep talking as if you’re having a conversation - so no more awkward fresh question search each time you say “Ok Google”.

With the Google Assistant launching on the LG G6 this week expect to see it begin to roll out onto other Android 6.0 smartphones and newer very soon.

MWC 2017: all the latest from this year's Mobile World Congress