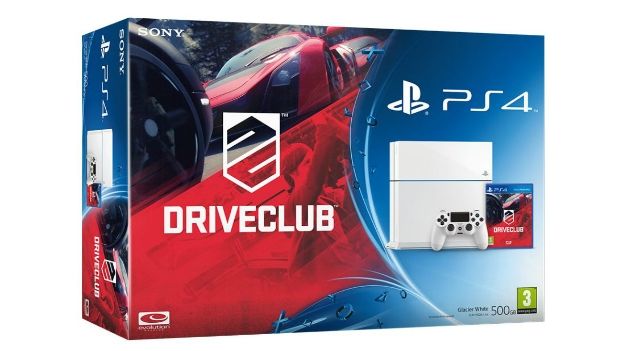 The 'Glacier White' PS4 is every gamer's wet dream and now there's another way to get your hands on it.

Upcoming racing title DriveClub is to be the second title bundled with Sony's 'Glacier White' PS4.

The stunning next-gen powerhouse was introduced earlier this month as part of a bundle with Bungie's Destiny.

But thankfully the powers-that-be have given us another way to purchase it.

Sony is also releasing a second DriveClub bundle, this time with the black PS4 due hit stores on the same day.

The first bundle includes the white PS4, a white controller and a copy of DriveClub for €439.99.

While the second bundle – called the PS4 Player Edition bundle – includes the black PS4, two black controllers, a PlayStation Camera and a copy of DriveClub for €499.99.

Not a fan of Destiny and don't enjoy driving games? Unlikely, but it's understandable that gamers feel frustrated when limited edition consoles only come in bundles.

So, it's good news then that Sony plans to release the white PS4 on its own later this year.

Speaking with TrustedReviews, Sony's Managing Director of PlayStation UK, Fergal Gara, confirmed the console will be made available as a standalone product later this year.

“We do have plans [to launch the white PS4 separately] and plans before Christmas,”.

Gara added: “We're going to give Destiny a good, solid breathing space with exclusive claims on the white PS4 and then bring it out as a standalone product.

“We haven't quite dated that yet, but it'll be prior to Christmas.”

That's it for now, but we'll keep you posted if we hear a release date for the white PS4.