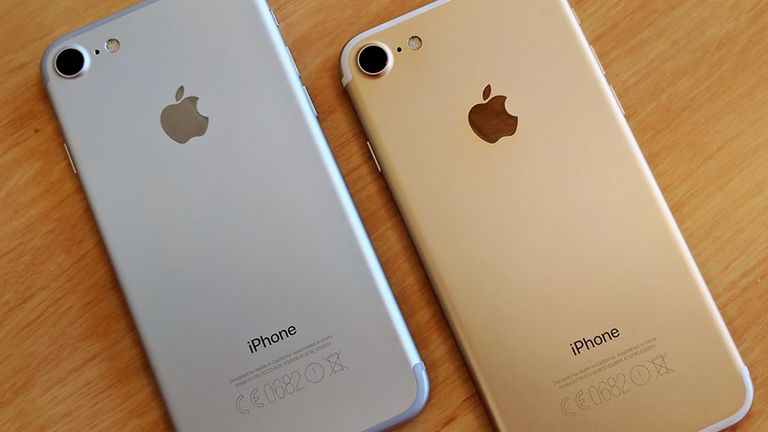 The dust has settled on the launch of the iPhone 7 and iPhone 7 Plus - so of course it's time to turn our attention to the 2017 models, which we assume are going to be called the iPhone 7S and the iPhone 7S Plus, if Apple decides to stick to its current naming scheme.

Now we haven't been granted any special access to the inner sanctum at Apple's headquarters in Cupertino, California, but we do have a few ideas about what makes a great phone, which we're happy to share in the form of our wishlist for the iPhone 7S.

You could argue that the iPhones don't need to follow the herd when it comes to the screen resolution race, but the 1,334 x 750 pixel display sported by the iPhone 7 is starting to look alarmingly out of date against the 2,560 x 1,440 specs available on most of the flagship handsets out there right now.

We also like the sound of the rumours doing the rounds that Apple wants to make the whole of the front of the phone one single glass display, with the home button and the front-facing camera actually embedded in it somehow. Having no bezels to speak of would no doubt make it the best-looking iPhone yet.

It's unlikely, but this is a wishlist, so we're going to include it anyway: more ways to customise the software of the iPhone, whether that's changing the layout of icons on the home screen or being able to swap away from iMessage as the default messaging app.

Down the years Apple has made iOS slightly more friendly to non-Apple platforms but it's still a pain to use alongside a phone or a computer without the Apple logo on it. Each successive iPhone seems designed to make it even harder to switch to something else.

Android has its faults too of course but it does at least allow you to make your phone your own - and that's something iOS could learn from.

One of the ways that Apple has distinguished the iPhone 7 Plus models from the normal ones (apart from size) has been the camera - and this year the iPhone 7 Plus got a dual-camera upgrade, enabling 2x optical zoom and shallow depth of field effects (which are on the way with a software upgrade apparently).

We'd like to see Apple give both phones camera parity next year, so that means two lenses in each iPhone.

It means those that buy the smaller version aren't missing out in the camera capability department and there's still the larger screen size and battery size to give the Plus a reason for existing. Space may be an issue, but we're confident Apple can pull it off.

3D Touch hasn't really been a roaring success for the engineers at Apple, perhaps because app developers can't make it too essential for fear of leaving those on older handsets behind. As time goes on, though, that becomes less of an issue.

We'd like to see some really intuitive uses for the technology in the next edition of the iPhone, rather than just an afterthought.

With so many of Apple's own apps making up the bulk of iOS, the company can lead the way with its own software and show the rest how it's done. Eventually a hard press could become as useful as a swipe or a pinch in terms of iPhone gestures.

Wireless charging might not seem like the biggest issue in the world for a lot of people, but once you've got used to the convenience of the tech it's difficult to go back to cables.

It's something that seems to be rumoured for the iPhone every cycle so let's hope 2017 is the year Apple finally gets around to adding it - no doubt the designers inside the company could come up with a suitably sleek and attractive hub to put on the top of your desk.

Battery life is something many of us worry about (see below) so having your iPhone start charging every time you set it down at home or in the office can make a real difference.

This is always a high priority on any phone, and the iPhones are no different. Apple is promising the 2016 iPhones are better than ever in terms of battery life, but there's always room for improvement - and we'd like to see lots more of it in 2017.

It's not just about the size of the battery, of course - all the internal wiring plays a part in how long you can go between charges - so there are plenty of tweaks to be made.

Apple's big advantage is it has full control over the hardware and the software of its devices and we'd like to see it push the limits of battery life even further. Maybe one day we'll be able to go more than a day without recharging...