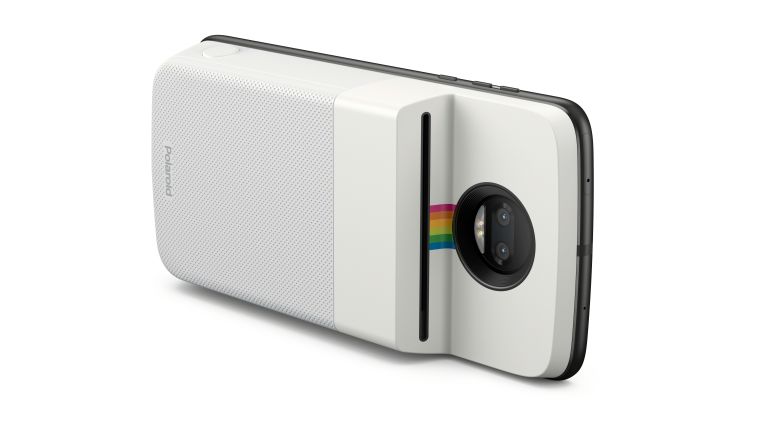 Take a photo on your phone then print it off directly as a Polaroid. We may have just reached peak hipster thanks to the Motorola Moto Mods.

The Moto Mods, which allow for add-ons to the Moto Z phones, now accommodate a unit from Polaroid called the Insta-Share Printer.

This is able to print out a 2 x 3 inch Zink paper picture instantly. The mod also has a physical shutter button that let's you take photos as if doing so with a real Polaroid camera.

The Polaroid Insta-Share Printer is available as a Moto Mod for Moto Z phones from 17 November.