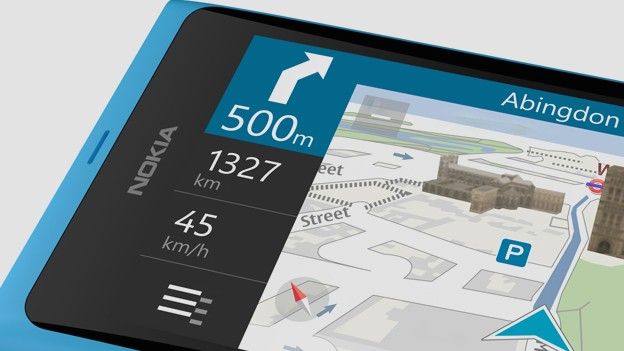 Following its official unveiling last week Nokia has confirmed that its first Windows Phone 7 handset the Nokia Lumia 800 will hit the UK with a sub £400 PAYG price tag.

With a Nokia Lumia 800 UK release date lined up for later this month, smartphone retailer and mobile network provider Three has confirmed it is to host the minimalist WP7 device for just £399 on a pay-as-you-go basis.

The first official Nokia Lumia 800 price, Three's sub £400 offering sees the Nokia Windows Phone device land £100 cheaper than the lowest priced Apple iPhone 4S. Orange and Vodafone have also confirmed they will stock the Lumia 800 but have yet to confirm prices or tariffs.

Landing after months of speculation the Lumia 800 has adopted the same minimalist form factor bestowed upon the meeGo powered Nokia N9 with the injection moulded polycarbonate shell to be made available in black, cyan and magenta colour forms.

Sporting an 8-megapixel camera on the rear with a Carl Zeiss lens and 720p HD video recording capabilities the Lumia 800 stands out amongst the current fleet of Windows Phone 7 handsets with its sleek and stylish form pairing with a 1.4GHz processor, a 3.7-inch Clear Black AMOLED display and 16GB of internal storage.

What do you make of the Nokia Lumia 800 and its rather reasonable £399 PAYG price tag? Let us know via the comments box below.

For more on the Nokia Lumia 800, check out our first impressions video below.

For more Nokia videos and all the latest tech videos, head to the T3 Video Channel