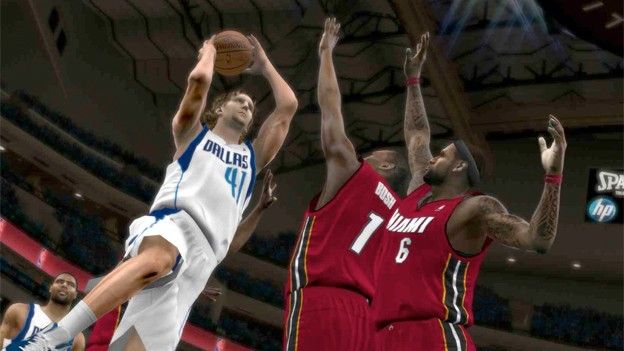 Following a stilted launch to the new season, developer EA Sports has announced it will release NBA Live 13 this autumn for basketball fans

Gaming powerhouse EA Sports has confirmed it is to launch a new basketball sim later this year, the company's first B-Ball offering in a number of years.

Having canned its 2010 basketball release, NBA Elite 11 shortly before its planned launch, the publisher behind the annual FIFA and Madden gaming franchises has confirmed it will launch a new title, NBA Live 13 this autumn.

"We have a new studio and a new development team, and this fall we'll launch an all-new experience that captures the future of basketball with NBA LIVE 13," an officially EA Sports spokesperson announced yesterday.

Promising more information on the game will be announced on Monday, the spokesperson went on to add: "We're looking forward to players giving us their feedback on the game, and next month we'll welcome in fans from around the country to join in on the process of creating NBA LIVE 13 as well."

Is EA the master of the sporting franchise, can any other publisher match the likes of FIFA 12, Madden and the NBA series? Let us know what you think via the T3 Twitter and Facebook feeds.