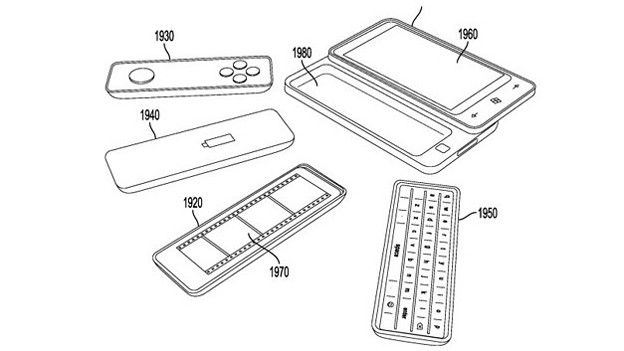 A newly-unearthed Microsoft patent points toward a possible modular system for its future Windows, with users being able to swap out the keyboard for other plug-in components, depending on their needs.

The design of the handset, which includes the Windows logo on the phone's front controls, looks a lot to us like the HTC Desire Z. However, instead of a keyboard, users would be able to add in an extra battery pack, a GameBoy-style control pad, and one mystery object that our T3 detectives have identified as having something to do with cameras.

We're not sure how it's supposed to work in practice - imagine swapping out the keyboard on the tube - but we do like the idea of having multiple spare batteries to fall back on when our phone's running low on juice.

Of course, just because Microsoft has patented the design of this modular phone, it doesn't mean that we should be expecting it to land on the shelves in the real world any time soon (or at all). But we're always happy to get a look at tech's cutting room floor, and all the bonkers bits and pieces of tech that never quite made the grade. So while we're on the subject, here's Apple's holographic display, Microsoft's braille tablet and, a personal favourite, Nike's powered self-lacing trainers.