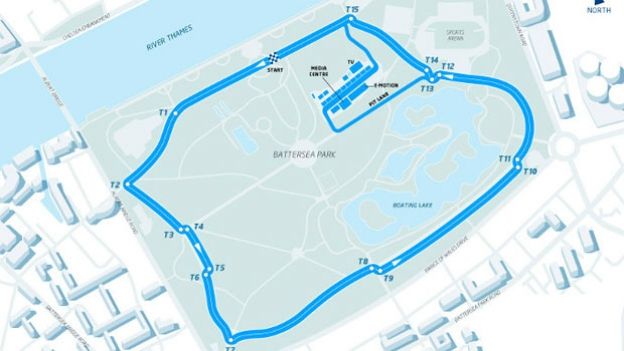 London's Formula E track has been officially unveiled, ahead of the electric racing series finale.

Formula E, the world's first fully electric motor racing series, will finish its debut season at a specially created circuit based in Battersea Park with two races across June 27 and 29.

It has been confirmed that the Formula E track will consist of a 2.92km, 15 turn circuit. Drivers will compete for to take home gold in the final two rounds of the 11 race series.

Unveiling the London tack plans, Alejandro Agag, Formula E's CEO, stated: “Having two races in London – the final two of the season – was an option we discussed at length with Wandsworth Council and means that London could well be where the inaugural champion is crowned.”

He added the sport's presence in London will make “a fantastic spectacle for the city and a great platform to showcase sustainable mobility and clean energy.”

“Formula E is set to be a superb addition to London's sporting calendar,” Mayor of London, Boris Johnson added.

“The atmosphere will quite literally be electric and Battersea, which is already booming with the buzz of regeneration, will be alive with the excitement that this new, world-class event will no doubt spark.”

Formula E is described as “a vision for the future of the motor industry.” The unique series is being used to develop new technology which will eventually be adopted by consumer electric car manufacturers.