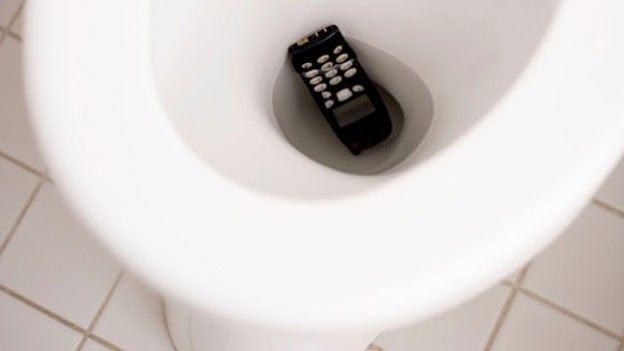 Almost half of the mobile phones broken or badly damaged by water in the UK have fallen victim to having been dropped down the toilet, a new study has found.

The figures, compiled by mobile phone comparison website GoodMobilePhones.co.uk, found that of the 1,937 mobile phone owners quizzed, a third said that at least one of their previous handsets had met a watery end.

Of this third 47 per cent gave the toilet as the location for their water-based mishap with handsets taking the plunge down the U-bend more frequently than the 21 per cent that were sent to a liquid grave in a drink. Whilst 12 per cent said their handset had come a cropper in a bath or shower the washing-up bowl and washing machine accounted for 7 per cent and 3 per cent of incidents respectively.

“As somebody who has nearly dropped his phone into all manner of liquids, these results really make me thankful that this is something I haven't done as yet,” said Mark Owen, Founder of GoodMobilePhones.co.uk. “I can't imagine how galling it must be to retrieve a mobile phone from a toilet bowl, so my sympathies go out to anyone who has.”

Have you ever dropped a phone down the toilet, washing bowl, drink or other liquid based receptacle? Let us know via the comments box below.