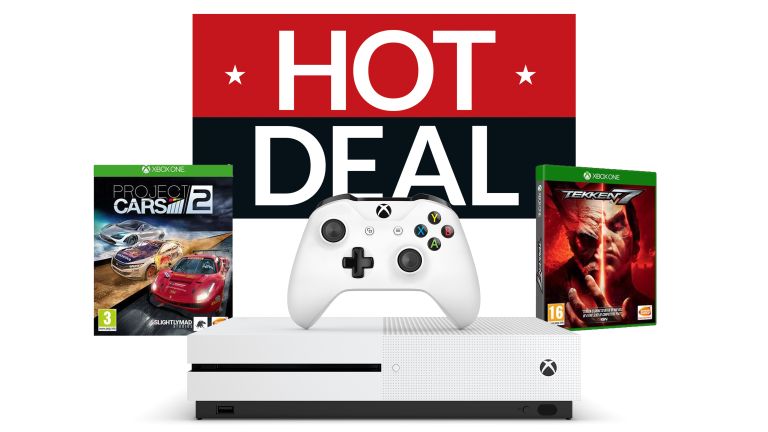 Yes, you read that right, Currys is currently offering the Xbox One S games console along with Forza Horizon 4, Tekken 7, and Project Cars 2 for only £179.

£179! Seriously, that is a ludicrously low price point and the best we've seen for an Xbox One S bundle deal this year.

Honestly, we feel the pure quality of the deal speaks for itself. An amazing games console with three top game for less than the console on its own normally retails for.

Microsoft Xbox One S, Forza Horizon 4, Tekken 7 & Project Cars 2 bundle | now £179 (was £249.99)
Holy hell! Now this is the Xbox One S deal to end all Xbox One S deals. Currys is currently offering the Ultra HD 4K Blu-ray drive-packing Xbox One S gaming console, along with copy of awesome open-world racer Forza Horizon 4, Tekken 7, and Project Cars 2 for just £179. That's a massive £70.99 price reduction off its regular price, and simply insane value for money. These are going to go fast, very fast.View Deal

Want even more amazing games to play on Xbox One? Well then you should check out T3's awesome best Xbox games guide, which is stuffed to bursting with only the very best titles to play on Microsoft's 4K Ultra HD Blu-ray packing console.