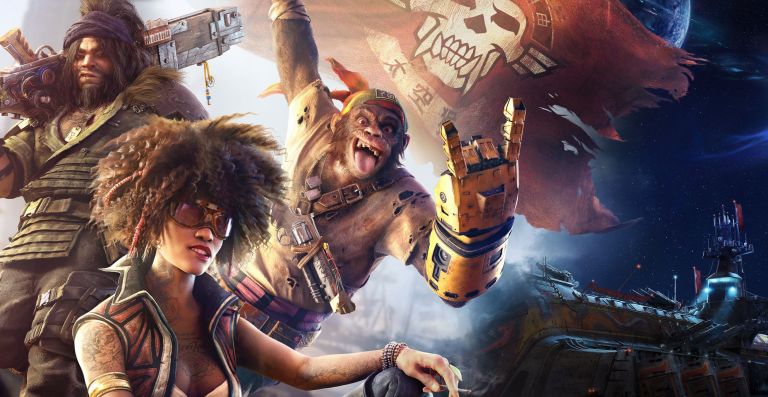 Will wonders ever cease? First there was Shenmue 3, then there was The Last Guardian and the Final Fantasy VII Remake and now - seemingly plucked from the grip of development hell - Ubisoft has added Beyond Good and Evil 2 to that list of 'dreams come true' games.

A sequel to the colourful sci-fi platformer first released in 2003, Beyond Good and Evil 2 even has Michel Ancel (the creative director of the original) back on board - and boy, is it getting a lot of people excited. Admittedly, the trailer shown off is a cinematic and is no guarantee just how good BGaE2 will look, but it's been in development for three years at Ubisoft Montpelier we're confident that cinematic is the sign of great things to come.

Ancel confirmed BGaE2 will actually be a prequel to the first game and is set before Jade, the main character from BGaE, is born. It's set in a multi-ethnic society in a distant solar system called System 3 in the 24th Century. According to Ubisoft, this new setting has corporations growing animal hybrids that are then forced into slavery, while pirates and other communities struggle for resources and survival.

You'll play as one of these pirates, travelling the stars as part of a rag-tag team of heroes fighting in the name of freedom. Oh, and there's an ape with a mechanical arm that works like a grappling hook. We're in. We're so in. Unsurprisingly, there's news on a release date, but at this stage who cares? It exists, that's all that matters.