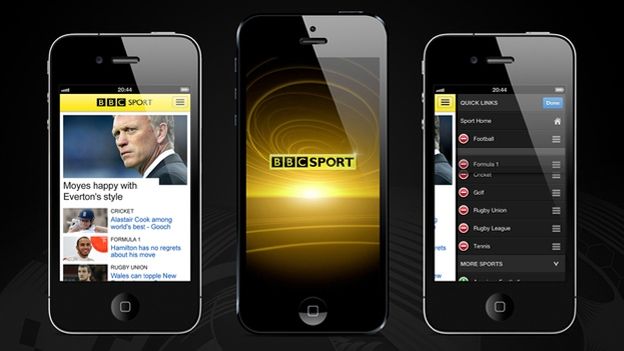 Sport loving iOS owners are in luck today as the BBC have finally released a dedicated Sports app for iPhone 5 and iPod Touch, following on from the success of their Olympic app last year.

Taking design cues from the popular BBC Sport website, the app will display news stories and live scores as well as allowing you to customise which sport gets the most attention.

Big fan of Bowls? Move that to the top of your 'Quick Links' and you will never miss any of the action again. The app also integrates the BBC's live text commentary for Football, keeping you right up to date every Saturday and Sunday.

Built in support for Radio 5Live is also included, so if you prefer listening to your commentary rather than reading it, you're covered.

Android owners however will have to make to do with the website for a few weeks longer as the Google Play version is still in the works, with the BBC claiming differing screen sizes is the reason for the delay.

So far it seems like the app is only made for iPhones and the iPod Touch, so no large screen iPad support. However it is optimised for the larger 4-inch screens of the iPhone 5 and 5th Generation iPod Touch.