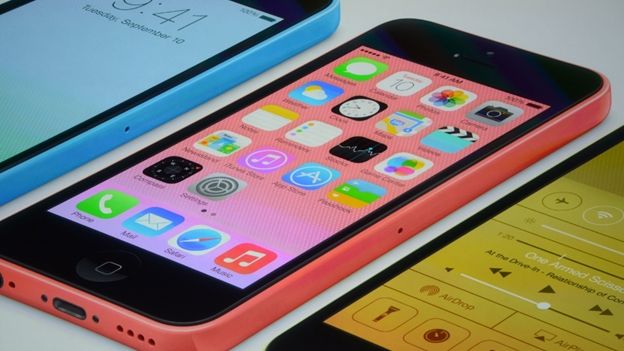 The Apple iPhone 5C has been arguably one of the most leaked Apple products of all time, but now it's official taking on the Galaxy S4 Mini and HTC One Mini

Apple has officially unveiled the iPhone 5C, a 'budget' iPhone sporting iOS 7, a 4-inch Retina Display and coming in five different colours including white, pink, blue, green and yellow, making it the first iPhone to come in a colour other than Black or White.

Apple CEO Tim Cook hinted at the launch by saying "In the past, when we introduced a new iPhone, we lowered the price of the old iPhone."

Designed to compete with the likes of the Samsung Galaxy S4 Mini and the HTC One Mini the iPhone 5C is Apple's answer to the increasing number of mid-range handsets that have been boasting impressive specs but low prices.

The iPhone 5C may look playful on the outside but it's business as usual for Apple when it comes to the iPhone 5C specs with the smartphone featuring a state-of-the-art A6 processor.

You also get the same 4-inch Retina Display found on the iPhone 5 which confirms that Apple will be sticking with the new 4-inch screen resolution for the time being. Article continues after the video.

The 5C comes sporting the same 8MP camera as the iPhone 5 however thanks to iOS 7 you'll get all of the same software features including HDR, Panorama, Square and the range of real-time filters.

You will however get an upgraded FaceTime HD camera on the front which will sporting improved backside illumination and also FaceTime Audio has been given an upgrade as well.

Despite being largely based on the iPhone 5 the iPhone 5C will come with a slightly larger battery whilst the polycarbonate case has an integrated metal frame which acts as the antenna hopefully avoiding any of the signal issues that came with the first iPhone 4 launch.

The iPhone 5C will be one of the first smartphones to launch with iOS 7 out of the box which means it'll come with all the features that were announced at WWDC 2013 earlier this year.

That means you'll get the new Control Centre and iTunes Radio along with Air Drop which uses WiFi and Bluetooth to let you send images and videos to other iPhones without needing a data connection or cabled WiFi connection.

Of course being Apple the hardware and the software have been built together which means that the iOS 7 wallpapers will match the colours available for the iPhone 5C exactly.

Available in five different colours the iPhone 5C will be available in either 16GB or 32GB versions and will cost £469 and £549 respectively SIM-free. The iPhone 5C has been confirmed on Vodafone, O2 and EE all offering the iPhone 5C on their 4G network.

For those who won't be getting the new iPhone 5C or the iPhone 5S fear not as iOS 7 has been given an official release date of September 18th with Apple's Craig Federighi assuring customers that "sownloading iOS 7 is like getting an all new phone that you already know how to use."