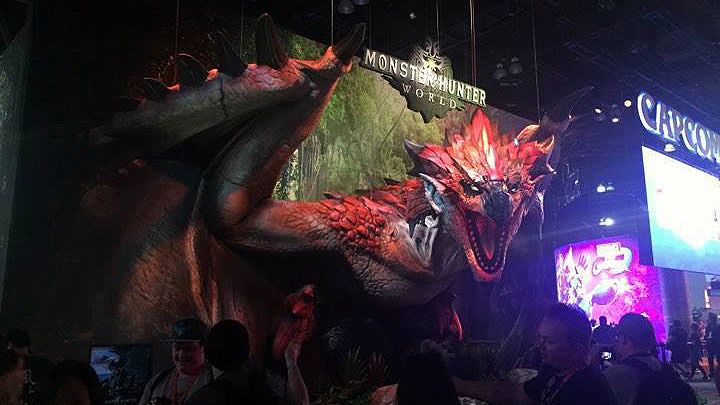 As the 2017 Electronic Entertainment Expo (E3) comes to an end, here are our top 10 highlights of the week.

And, if you haven't checked out T3's awesome show reports, then why not get up to speed on Day 1 and Day 2, or take a look at everything Nintendo crammed into its booth this year.

1. Microsoft reveal the Xbox One X

Project Scorpio finally got a name at E3 2017: Xbox One X. This is, as Microsoft kept repeating, "the world's most powerful console".

The specs are impressive. It's got 6 teraflops of processing power and 12 GB of GDDR5 RAM. Each Scorpio Engine is customised using the specially developed 'Hovis Method', the chip is liquid cooled, and the whole rig will deliver 4K resolution at 60 frames per second.

And, to top it off, the console is smaller than the Xbox One S. Though, disappointingly, still modelled on the same boxy 80's shape.

Nintendo had two surprises for fans of their classic Metroid series this year. A remake of Metroid II is coming to the 3DS, and a brand new game - Metroid Prime 4 - is in development for the Switch.

Metroid II: Return of Samus was originally released in black and white on the GameBoy in 1991. It's been given a complete overhaul, coming back with updated mechanics and in full colour for a September 15th release.

And, after a 10 year wait, the next in the Metroid Prime series has finally been confirmed. Metroid Prime 4 was teased just briefly during the Nintendo spotlight, but this brand new 3D title has already been in development for 2 years already according to Nintendo’s Yoshio Sakamoto.

This surprise reveal was the highlight of Sony's E3 show. Insomniac's Playstation exclusive channels the core essence of Spider-Man like no other game has done before. It promises an open world, an original story, and a powerful iteration of Spider-Man with a range of abilities to play with.

The demo is impressive but, with the release date far off in the distant future of 2018, we're anxious to see more.

4. A Way Out reinvents couch co-op

Couch co-op doesn't always get the love it deserves, and neither do indie titles, but Hazelight Studios brought both to EA's conference at E3 2017.

A Way Out is a prison break adventure made specifically to be played side-by-side with a friend on the sofa. This is a story game for two people, giving you each a character with a proper personality and your own ambitions. And, best of all, you have to work together to get through: there is no single player mode.

It's out early 2018 and, if the finished game is as good as the trailer makes it out to be, it could be the most exciting thing to happen in co-op gaming since Portal 2.

5. Shadow of the Colossus returns

E3 2017 brought us news of some truly exciting remakes, none more so than the revival of 2005 cult classic, Shadow of the Colossus.

This critically acclaimed Playstation 2 title holds a well deserved place in the hearts of gamers for its unique gameplay and poignant storyline. It was remastered in 2011 as part of the ICO & Shadow of the Colossus bundle for PS3, but this time it’s getting the full treatment.

The game promises the kind of stunning visuals that come with a two-generation jump in console power, and should be with us in 2018.

6. Bioware fight back with Anthem

Bioware had a rough time of it with Mass Effect: Andromeda, but they were back at E3 with Anthem; a brand new title that crams the best bits of Titanfall and Destiny onto Microsoft’s most powerful console, the Xbox One X.

The gameplay reveal looks gorgeous, but it's the action itself that's got us excited.

Jump into a mech suit - known in-game as a Javelin - grab your friends and fly out into an open world to tear up hordes of enemies. You can switch classes by swapping your suit and mod your kit to customise your game. What’s not to love?

Anthem isn't due until late 2018, and we're hoping that the game looks just as good when it finally ships.

7. Beyond Good and Evil gets a prequel

Some press have had a chance to see the earliest technical demo of the game (which, according to The Verge, is right at the very beginning of development), but all we've really got to go on is a one minute CGI teaser. We'll be watching closely as this one unfolds.

Bethesda's conference came and went without a mention of Elder Scrolls VI or Fallout 5, leaving fans more than a little bit disappointed. But, Bethesda are masters of immersive, open world experiences, and where better to take their old titles than VR. This year, they they were ready to show off three VR games that are almost ready to ship, and that's worth getting excited about.

The first, Fallout 4 VR is coming in October on HTC Vive. It's the full game with full movement, and it looks incredible.

The second, Doom VFR, isn't quite as exciting.  Bethesda’s space shooter has also had the virtual reality treatment, but it plays more like a point and click adventure with node-based movement rather than full-on locomotion. On the plus side, there's a new station to explore and a combination of puzzles and combat.

9. Original Xbox titles are coming to Xbox One

Nintendo and Sony both announced remakes and remasters of classic titles for their consoles, but Microsoft went one step further. Following the huge success of Xbox 360 backwards compatibility for the Xbox One, they’ve decided to add original Xbox titles to the line up.

IGN spoke to Phil Spencer, who clarified some of the specifics, including support for both disks and digital download, and a possibility that the games will be available under Xbox's new Netflix-style Game Pass.

Two titles have been confirmed so far - Crimson Skies and Fusion Frenzy - but Phil Spencer has warned that the final library won't include everything.

Nintendo rounded off E3 with a closer look at their new Mario game: Super Mario Odyssey. And it's every bit as colourful and crazy as we hoped it would be.

Set away from Mushroom Kingdom, Mario gets to explore places he's never been before, including the high-rise streets of New Donk City. He's got a boomerang hat that can capture different objects, allowing you to temporarily become a Bullet Bill, or race through the street as a taxi.

It's coming to the Switch on October 27th, and we're looking forward to seeing more.