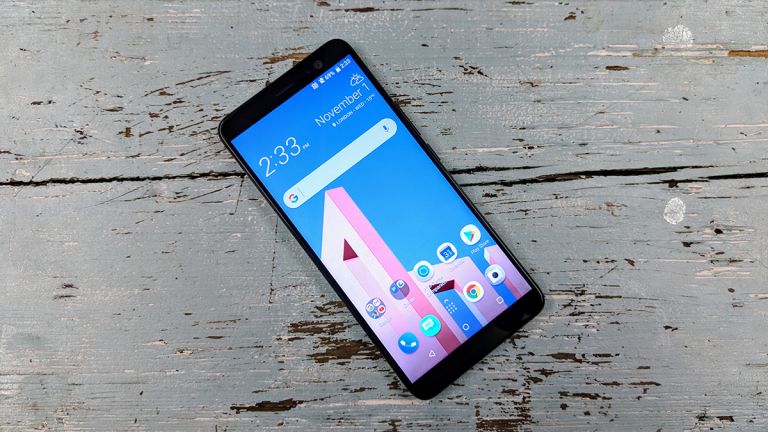 Times haven't been easy lately for HTC, with a good portion of its smartphone division swallowed up by Google, but the company continues to churn out some very decent smartphones – even if they don't sell in the kinds of numbers their quality deserves.

HTC will be hoping that the HTC U12 will be its big smartphone hit of 2018, and from what we've heard so far, it certainly has a chance of standing up to the Pixels, Galaxy phones, and iPhones of this world. Here's everything we know about the HTC U12 up to this point.

It's worth saying at the start that we're not sure if this phone will be called the HTC U12 or the HTC U12 Plus: the latter name seemed certain at first, but recent rumours point to the HTC U12 being the moniker, so we've used that version throughout.

Straight away we're not even sure if HTC is going to call this phone the HTC U12 or the HTC U12 Plus, but the former seems to be the better bet – it's less confusing for consumers, and it matches most of the rumours we've seen so far.

So when is it going to be out? We haven't heard any specific dates mentioned in the leaks and rumours that have reached the web so far, but the smart money seems to be sometime in May – that would give it some breathing space between big hitters like the Samsung Galaxy S9 and the Google Pixel 3.

We're just about at the end of April now though and so far there's been no notice served of an official launch event from HTC. Sources in Asia suggest May is indeed the month when the HTC U12 will break cover but that hasn't been confirmed yet.

May is looking like a crowded month already and HTC won't want to launch its 2018 flagship too close to a phone from any of its rivals. The LG G7 ThinQ is arriving on 2 May and the OnePlus 6 is coming on 16 May.

A sub-£700/$700 handset looks likely then, which would again help the new HTC flagship differentiate itself from the very top-end phones on the market – remember the starting price for the iPhone X is £999/$999, so HTC may want to tempt buyers in with a price that's a little more towards the mid-range.

At the same it's going to want to advertise this as very much a flagship phone. Don't expect the price to drop below the price of the HTC U11 and HTC U11 Plus we saw last year, unless HTC really wants to spring a surprise.

We haven't heard any rumours or leaks specifically addressing the price, so it's mostly educated guessing for the time being. Based on the specs that are being talked about though, you're going to need to have a fair chunk of spare change handy to afford this.

We've seen a few leaked images showing what the HTC U12 might look like. Based on the unofficial pictures, it would appear that HTC is going for a big phone with a big screen, unsurprisingly, and keeping the unusual design flourishes down to a minimum.

Back in February we saw some photos appear on Taiwanese site Sogi showing what appeared to be an upcoming flagship from HTC on display at a trade show – a lot of the details are obscured by stickers, but you can still make out a tall 18:9 screen and some small bezels at the top and bottom.

Then in March, seasoned tipster Evan Blass revealed some fuzzy-looking renders of what's supposedly the HTC U12 on VentureBeat. This time we got a glimpse of the fingerprint scanner and the dual-lens camera around the back of the phone – all pretty standard for a flagship device in 2018.

Most recently, a Taiwanese screen protector company posted shots that match the earlier leaks, with the screen dominating the front of the device and a very understated vibe exuding from the HTC U12.

Based on the rumours we've heard so far, the signs are pointing towards a phone featuring a 6-inch LCD screen with a WQHD+ resolution – that's 2880 x 1440 pixels, if you're counting. That's bigger than the HTC U11 but matches the HTC U11 Plus perfectly.

One area where the HTC U12 is definitely going to offer an upgrade over its immediate predecessor is in the internal chipset – the new HTC flagship will carry the Snapdragon 845 on board, like a lot of the premium phones of 2018, which should mean better performance with less of a draw on battery life.

Sources in Asia say that processor will be matched with 6GB of RAM, and 64GB or 128GB of storage, with the option to add more with a memory card. As for that rear camera, tipsters are pointing to a 16MP+12MP dual-lens snapper, though specs alone won't tell us just how good the resulting photos will be.

The most recent specs leaks come courtesy of US carrier Verizon, and they largely match everything we've already hear. In terms of performance and power at least, the HTC U12 shouldn't be found wanting when it arrives.

HTC U12+: other features

What else can we expect from the HTC U12? Bearing in mind that all these specs and features have yet to be confirmed, the source we've already mentioning have suggested either a 3,420mAh or 3,500mAh battery is on the cards, so around the same size as you get with the Samsung S9 Plus.

It also sounds as though HTC is going to keep one of the HTC U11's most distinctive features this time around: Edge Sense, which lets you squeeze the sides of the phone to launch various functions (such as the camera). The Google Pixel 2 has something similar, and apparently so will the HTC U12.

The signs point to the HTC U12 being IP68 rated as well, which means you'll be able to take it out without worrying about water or dust damaging the handset. Android 8.0 Oreo is likely to be on board, with an update to Android P available when the time comes.

We're looking forward to seeing whatever HTC has to show off whenever it decides to launch the HTC U12, and from the leaks and rumours that have emerged so far it should be a flagship ready to challenge the best phones of the year. As soon as anything is made official, we'll let you know here.