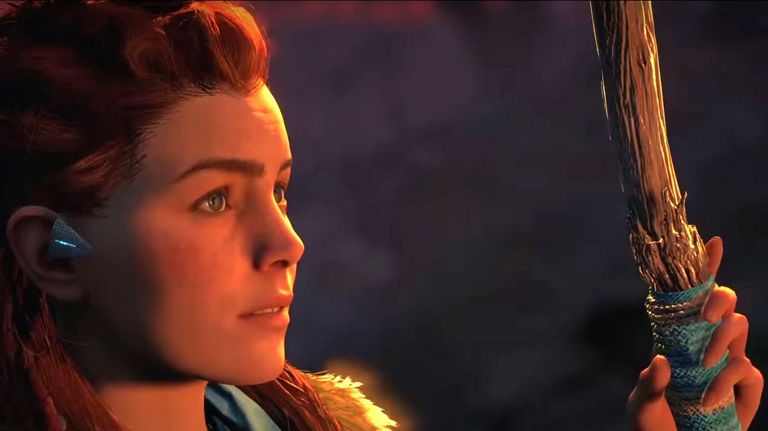 While E3 has lost some of its lustre over the past decade, it remains one of the biggest and most prestigious gaming shows on the calendar, with a series of major reveals and announcements guaranteed each year. This year is set to be no different, with new hardware set to be demonstrated, software to be played and secret projects to be revealed.

Here, in T3.com's awesome E3 hub page, you can find all the hottest news and reveals from this year's show, as well as a good breakdown of what you should expect. The hub will be regularly updated throughout the week with news, opinion and on-the-ground reports, so make sure to keep checking back in to stay in the loop.

Read on to find out exactly what we're expecting from this year's show...

This year's front-runner is, without doubt, Sony. The Japanese tech giant has absolutely killed it over the past 18 months, with the PS4 outselling the Xbox One, PlayStation VR wowing gamers lucky enough to go hands on at GDC 2016, and the company reaping the rewards of courting indie game developers, with a series of novel and unique titles released on the platform. They also roll into this year's show as the incumbent winners from last year.

It also seems to be staying on-point too in 2016, with a modest hardware upgrade coming later this year in the PlayStation Neo / 4.5. This system comes packed with a faster CPU, GPU and RAM, and is being hinted at as being the ideal system to use with PlayStation VR. Further, the majority of new games released from October will come with a PS4 “Base mode”, and a PS4.5 “Neo mode”, the latter delivering games in a higher resolution and frame rate.

As such, you should fully expect a massive hardware bomb at this year's show. We'll eat our T3-branded hats if the company doesn't do a full reveal on the PlayStation Neo, as well as dropping a dump truck-load more information about PlayStation VR. There's going to be another PlayStation VR sizzle reel, a hell of a lot more hands-on demos and, if we were to make a long-shot gamble, another new accessory reveal. Oh, and you can bet your bottom dollar that PlayStation Neo will be capable of streaming 4K video. We're pretty sure it won't come packed with an Ultra HD Blu-ray drive, due to the current high costs involved, however you shouldn't rule that out entirely either, as Sony has the manufacturing base and know-how in its locker.

Which brings us onto games. One of the reasons why Sony won E3 2015 was that it brought fan-favourite titles such as Shenmue 3, Final Fantasy VII and The Last Guardian to play. These titles were big, marquee exclusives that - despite not being new IPs - really hammered home that Sony's platform was the place to play games, with franchises with real pedigree returning on it after many years.

Now this year probably won't be as spectacular in terms of new software reveals, however we still expect to see more of exclusives Horizon: Zero Dawn, Gravity Rush 2 and Gran Turismo Sport, among other cross-platform titles. Obviously, we also expect a massive showing of VR titles - of which Sony has said there will be 50 available at launch - with Rez Infinite most likely headlining the lineup.

Nintendo stank out last year's E3 with an unspectacular and underwhelming showing that even the most die-hard fan couldn't spin. A trio of software duds carried the gaming giant's puppet-centred showing, with Tri Force Heroes, Metroid Prime: Federation Force and Star Fox Zero landing with a damp squib on the dead console walking Wii U.

This year, however, things are definitely being kicked up a notch. Bam!

While Nintendo will once again not hold a dedicated press conference at the show, it has announced that this year it is going to run a live stream of the new The Legend of Zelda game for an entire day.

In fact, Nintendo has got so behind this idea that it has launched a dedicated website - named the Nintendo Treehouse - just to run the stream, which will come directly from its booth at E3. As such, starting at 9 a.m. PT on June 14, gameplay, behind the scenes material and interviews with experts will stream forth on the site, giving people a detailed run down of the eagerly anticipated new title.

Now, Nintendo has been quite clear that this gameplay will be coming from the Wii U version of the game, with a series of overly clear clarifications:

“Nintendo will transform its booth at this year's E3 to immerse fans in the world of the groundbreaking new Legend of Zelda game for the Wii U™ console.”

“...be one of the first to play The Legend of Zelda for the Wii U console.”

And we're guessing that that is because they're not ready to let people go hands on with the company's recently announced new system, the Nintendo NX.

So that's a no show at E3 then for the new system? No, not necessarily.

Look, if you were to put a gun to our head and demand a definitive yes/no answer, then we'd say no, Nintendo won't show off the NX at E3. The company has, as of late, got into the habit of theming its years in terms of marketing, hoping that the tighter focus can help carry the company through months of barren third party support. Anyone remember The Year of Luigi?

Now consider the way that the Zelda franchise is being used for 2016:

And it is easy to see that they are going to try to ride Zelda as a brand throughout the year, at first pimping the Wii U version of the game and then, around the holiday season this winter, transition slickly into an NX reveal, with the no-doubt upgraded Zelda front and centre.

That said, this is all just speculation, and Nintendo could drop a bomb at E3 by revealing the NX - we just don't think it will happen.

Microsoft is, somehow, staring in from the outside

From an outside perspective, things aren't looking to hot right now for Microsoft's Xbox One. The console doesn't pack as powerful hardware as the PS4, has been comprehensively outsold by the PS4 and, unlike Sony, no upgrade to the system like Sony's PlayStation Neo has been announced.

UPDATE: Leaked images have hit the internet showing a new "Xbox One S" console. The system is 40 per cent smaller than the existing console and packs upgraded hardware.

Now look, it is obvious that Microsoft has an upgraded console in the works, as they'd be absolutely mental to not be looking to challenge Sony. T3's own Max Slater-Robins recently wrote an opinion piece where he concluded that unless Microsoft challenged Sony quickly and comprehensively, then it would be game over for Xbox One. While this is hyperbole, there is a huge chunk of truth in the statement, as right now it is hard to pick many reasons why one should buy an Xbox One over a PS4, let alone over a PlayStation Neo.

Microsoft needs to come to E3 2016 therefore with a big showing and we think it will. Expect an upgraded console that not only packs in improved hardware but comes with a new, thinner and more streamlined design. The Xbox 360 Slim was a huge success for Microsoft and we're betting it thinks it can recreate the same buzz with a slimline Xbox One. And, while we're talking of hardware, we fully expect to see more of Microsoft's HoloLens and you should expect more game and usage demonstrations.

As for software, well, it kind of looks like it's all going to hang, headliner-wise, on Gears of War 4, which recently received a short trailer (see below). Halo will obviously also feature in some form or another, as too we're guessing, Forza.

Both these publishing titans will continue their official no-show at E3 this year, with both instead hosting their own events instead, such as EA PLAY. That said, we fully expect to see their products at the show, with their practice of still turning up to play a part in both Microsoft and Sony's conferences due to continue.

So, what will they show?

Well, it is INEVITABLE that Activision will show off the new Call of Duty, which as we reported on a couple of weeks ago, is called “Infinite Warfare”. Equally, as sure as eggs-is-eggs, more from the Destiny franchise should be expected.

From EA we are expecting Titanfall 2, which has just recently received a small teaser trailer (see below) and, unlike the first entry, is going to be released on both Xbox One and PlayStation 4. The trailer says that the title will be properly revealed on June 12, which funnily enough, is the first day of E3.

There won't be an Assassin's Creed game this year; there will be a film though

After six straight years of Assassin's Creed, finally Ubisoft has put the brakes on game development within the franchise. Those mad few who still aren't tired of all that stabby, haybale-jumping action, shouldn't worry though, as we fully expect the publisher to show off more footage from its upcoming Assassin's Creed movie starring Michael Fassbender.

How does Bethesda one up last year's showing?

Well, quite simply, it probably doesn't. At E3 2015 Bethesda dropped a megaton bomb (see what I did there?) by revealing Fallout 4, however this year, from what has been announced so far release-wise, all they have coming is Dishonored 2.

Now we loved the original Dishonored here at T3 Towers - it was unique, empowering experience that took all the best bits from Thief and Deus Ex and then stuck a pair of massive afterburners on the result. Is the sequel strong enough to headline the publisher's showing? No, we don't think so.

What they'll come to bat with though is still rather vague. We don't think we'll see anything from the next Elder Scrolls game as it is still rather early, however maybe a super early teaser wouldn't be totally off the cards. We're also guessing they'll come with DLC for Doom and Fallout 4.

Have we forgotten anything…

We don't think so. Square Enix will no doubt return with more footage of its Final Fantasy VII remake, Valve will once again not announce Half-Life 3 and, of course, there will be something revealed that no one could of predicted.

We definitely think though that E3 2016 is going to be vintage year for the show and there is a hell of a lot of stuff to get excited about. We'll have full coverage of the show on T3.com too, so be sure to check back in on June 12 for the best news, interviews and opinion.