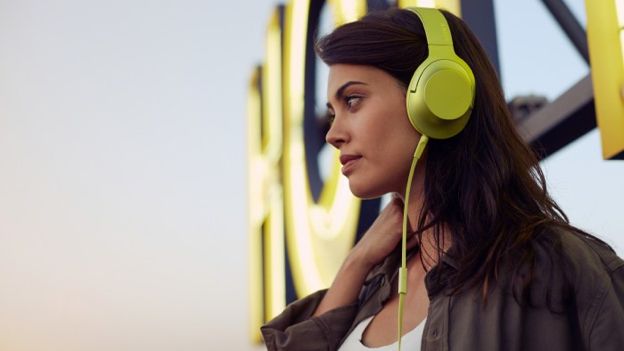 Sony is kicking its high resolution audio aspirations up a notch with a range of new headphones and Walkmans.

Using its IFA mega event as a springboard, the new h.ear (pronounced 'hear') series features over-the-head and in-ear style headphones that are complemented by two new Walkmans that have hi-resolution playback at their heart.

The 'h.ear on' headphones take on a chunky look that fans of over-the-ear headphones will be enamoured to and they apparently have a much simpler design when compared to other conventional headphones.

At the other end of the range is the 'h.ear in NC' that are the world's first in-ear Hi-Res headphones to have digital noise cancelling functionality that makes sure outside interference is never an issue again.

Hi-resolution audio, unlike high-definition video, doesn't have to meet a certain criteria and as such is slightly harder to define. Typically it refers to audio that has a higher sampling frequency and bit depth than a CD (16 bit/44.1KHz). There are several formats that address this including FLAC and ALAC but it can also include WAV, AIFF and DSD.

If you like the sound of that, the new Walkmans will be right up your street. First up, the new compact Sony MW-A25HN Walkman proves that good things come in small packages and it comes with a pair of Hi-Res noise cancelling headphones out of the box to kick start your listening experience.

Above that Sony is introducing the W-ZX100HN Walkman that comes with the same Hi-Res digital noise cancelling abilities and headphones as the model above plus it also offers continuous Hi-Res playback for up to 45 hours.

The new range doesn't have a release date and will be shown off alongside a range of other Hi-Res audio products at IFA 2015 in Berlin for the next few days.

Press release: Sony Unveils Its New Products at IFA 2015 in the Realms of High-Resolution Audio and Mobile