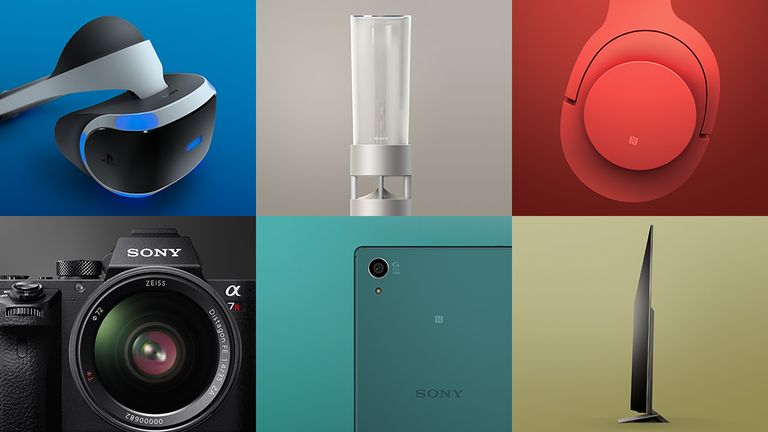 Right now, it seems Sony is all aboutPlayStation VR. It's a game changer that everyone is looking forward to, but atCES 2016Sony wasn't raving about it. Instead, it unveiled a lineup of tech focused on entertainment, including new TVs, speakers and a rather clever little projector.

First things first: the new panels. Sony, much like other players in the TV market, is adopting HDR in all its 4K screens going forward. Its even come up with a new logo to be placed on these TVs denoting they are both 4K and HDR, so people looking to buy can easily see they're getting a future proof screen. The top of the range X930D TV will also feature Slim Backlight Drive, which not only boosts an already tasty image quality, it also makes it super thin.

What's more interesting is Sony's bold move to usurp the likes of Netflix and Amazon in the 4K HDR game, with news of its Ultra 4K TV channel: an app for 4K Bravia TVs that allows you to purchase and stream 4K HDR movies and shows. So those who buy Sony will be guaranteed they can instantly watch 4K HDR content. Annoyingly, the content is limited to Sony Pictures, so this is less a competitor and more a reliable alternative to the streaming big guns.

Another unique and interesting audio product is its new PS-HX500 vinyl player, but this isn't just any old turntable; it's got a nice trick up its sleeve: it can convert your vinyl records into hi-res audio files, so audiophiles can make the move to digital without losing their collection.

All very good, but its most innovative tech announced is three new products that fall under its Life Space UX home-entertainment banner. First up is a tiny short throw projector, which can blast an 80-inch image onto any surface. The cool thing here is, as you might have guessed by the name, that you can stick it right next to a wall, so it won't take up half of your living room.

Next is their LED bulb speaker - just screw it in and you can stream music over Bluetooth, allowing you to, potentially, have sound in every part of the home. Finally, the Glass Sound Speaker is a standalone illuminating speaker that uses vibration of its organic glass exterior to produce a surprisingly impressive sound performance. All three will be released in the US by summer of this year, but no prices have been confirmed. Hopefully the projector will be a touch less than its $50K larger, much less portable brother…

Check out all the latest news from CES 2016