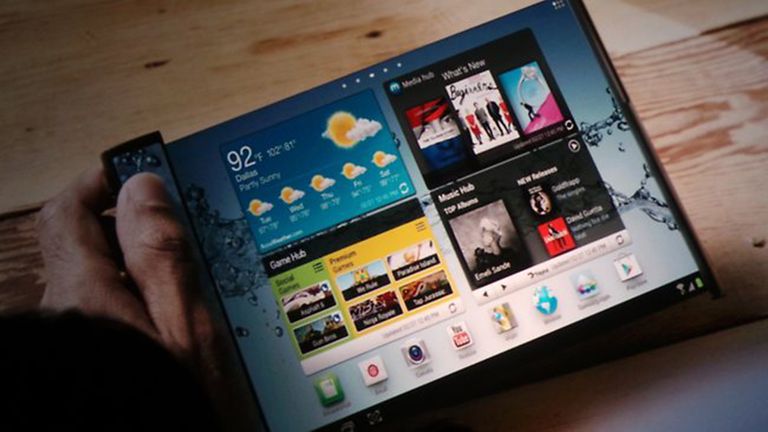 The Samsung Galaxy X foldable phone screen has already been officially teased by Samsung as the Infinity Flex display, but it appears there may also be a roll-out phone too.

While the Samsung Galaxy X could lead the way in the foldable phone world, another style could be quite unique. This is thanks to a roll-out display which would allow the phone to slide across into a larger tablet display.

The new style of phone was uncovered in official patent documents as uncovered by PatentlyApple. The photos in the document are shown below which reveal how the slide out phone-cum-tablet would work.

The screen appears to roll up in either end so it can be stored away when in phone mode but stretch out flat in tablet mode. The rear of the display would feature a supportive structure as well as a blanking side so there's not simply screen left out.

The sides remain locked in each position until a button is pressed to release the handset into the larger or smaller mode.

While the folding Samsung Galaxy X should appear early next year, this version of the phone may not appear until the following year, if at all.