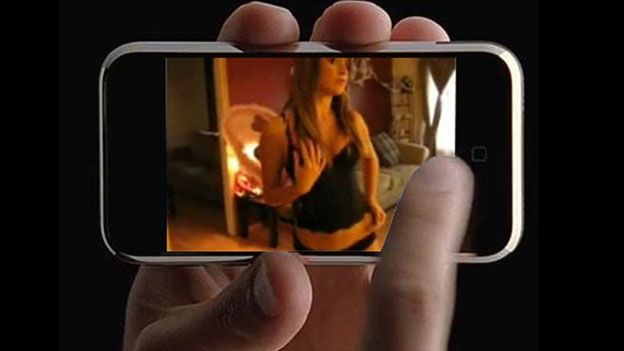 Detailing the unavoidably smutty outcome of adding cameras to smartphones, a new study has found that more than a quarter of Brits have homemade sex photos on their mobile handset.

The new figures, compiled by mobile phone comparison website GoodMobilePhones.co.uk, have found that of the 1,976 smartphone touting Britons over the age of 18 who were polled, 26 per cent admitted to taking a photo or video of themselves and a partner engaging in sexual activity on their mobile device.

Of the 74 per cent of those questioned who denied ever having snapped explicit pics using their mobile, 38 per cent said they would consider doing so in the future.

“I think it's quite surprising to see how many people have taken photos or videos of them and their partners in the bedroom on their phone, particularly those still keep these images and videos of their ex-partners,” said Mark Owen, Managing Director of GoodMobilePhones.co.uk.

He added: “I would certainly recommend to anyone that does do this kind of thing to make sure that they secure their phone with a pin or pass-code, as you wouldn't want that kind of thing to get into the wrong hands. At the end of the day, the camera function on a phone is there for you to snap what you wish; but ensure your pictures are protected on your mobile to avoid any embarrassment.”

Has your smartphone camera been tainted by shots of your naked bod or is it more accustomed to capturing lovely sunsets and pictures of kittens? Let us know via the T3 Twitter and Facebook feeds.