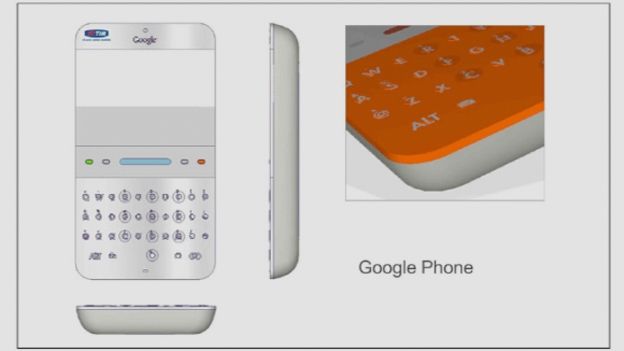 The photo above shows an early impression of the first Google Phone, which would run what would eventually become Android.

The 2006, pre-iPhone photo shows a strange web-centric device with a BlackBerry-eque QWERTY keyboard and a slim screen, barely long enough to show a text message, let alone a web page.

The prototype, imagined by Google over two years before it would eventually release the first phone to run Android, the T-Mobile G1 device, was revealed during proceedings in the ongoing court case between Google and Java software creator Oracle.

Google planned to subsidise the data plan by forgoing its right to commission when it referred buyers to the T-Mobile online store and called the proposition a win-win for all involved.

As we know, Google was unsuccessful in its plan to lure T-Mobile. The search giant did eventually partner up with the network and HTC for the first Android phone, but data plans remained similar to phones from other manufacturers, running other operating systems.

The T-Mobile G1, although now a much loved gadget icon was, at the time, as Fisher Price as they come. We're just glad that confused BlackBerry clone above wasn't what Google initially served up.