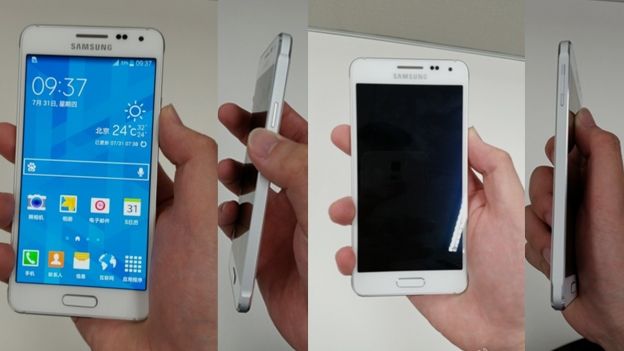 Samsung's long-rumoured Galaxy Alpha smartphone has been leaked in surprisingly clear (for once) shots, and it looks to be sporting some shiny metal trimmings.

The general speculation is that Samsung's working on a series of high-end smartphones, with the aptly named Alpha being first in line for a premium debut.

What's most notable is the metal edging, a design technique Apple made use of in its iPhone 5S which touts itself as a premium handset.

Rumours so far tip the Alpha to come packing a 720p 4.7-in display (the rumoured screen-size for Apple's unconfirmed iPhone 6), 32GB of storage, and is a dead-cert to feature 4G/LTE connectivity.