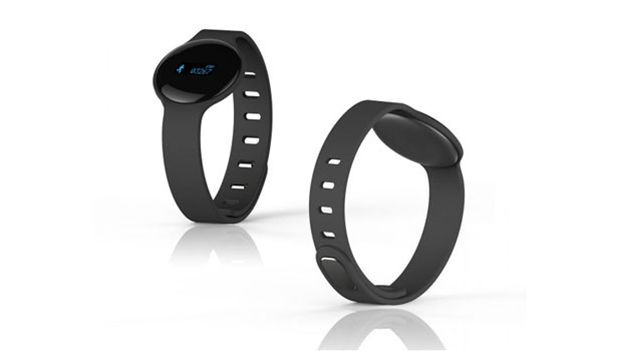 Smartwatches aren't just for the rich and early adopters. This model costs just £29.99, but has most of the core skills that you'd expect.

Smartwatches aren't just for the rich and early adopters. This model costs just £29.99, but has most of the core skills that you'd expect.

It's made by Hannspree, which, as you may recall, is best known for making TVs shaped like basketballs and polar bears. While it might look like the Misfit Flash, which is more of a fitness tracker than a smartwatch, the round face bears an OLED screen that tells you the time, date and how much battery is left.

That's the limit of the screen, however. It doesn't run apps, or let you do any other fancy smartwatch business. But the device has all the core skills: it tracks your sleep, how many steps you've taken, calories burned and distance travelled. Pair it with your phone over Bluetooth, and it'll buzz when you get an incoming call or a text message.

You can also set reminders, so it'll buzz at three o'clock, say, when it's time to put the kettle on.

It comes in blue or black, and recharges via USB. A full charge gives you between eight and 10 days' use. That's way more than the Apple Watch, which conks out after a day. But far less than devices that run on watch batteries, and last months before needing them swapped.

It works with iOS and Android phones, just like the Pebble Time. You'll need iOS 7 or later, or Android 4.3 or later.

It's a sign of the times. Just as top-end smartphones and tablets have their cheaper cousins, so do wearables. Apple is positioning the Apple Watch as a luxury item – even the cheapest one costs £299, while the 18-carat gold model sells for £13,500. There's plenty of room for budget competition. And they don't get much more budget than this.