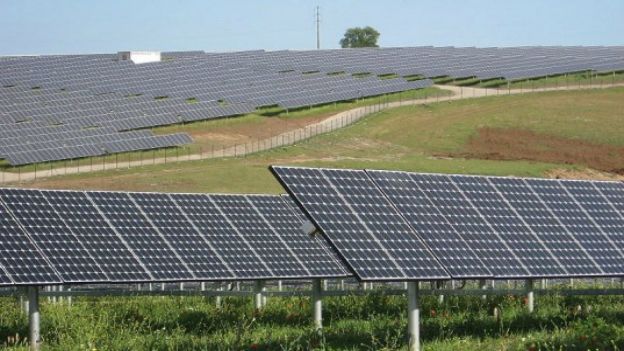 Google has launched the Little Red Box Challenge - an open competition to build a tiny solar power inverter with a $1 million prize for the inventor who cracks the problem.

At an event with President Obama on the future of solar energy, Google thought it would take the chance to announce its Little Box Challenge - a competition to build a smaller, cheaper power inverter for use in solar power systems.

Whilst solar panels have become cheaper and more efficient in recent years, it's hard to say the same for the big costly inverters i.e. the part of the system that converts the DC power from the cells into the AC power that is compatible with the grid.

Google is looking to address the problem with $1m prize money to the person who creates the complete inverter.

Google warns that it won't be easy; although if someone does produce this miniscule power box then it could lead to eco-friendly energy in places where it's currently unaffordable or impractical.

“This prize is one of Google's many efforts to advance a clean energy future. We have a goal of powering our operations with 100% renewable energy, and to that end have contracted over a gigawatt of wind energy for our data centers”, Google explained in a blog post.

Google also says that it's committed over $1 billion to 16 renewable energy projects around the world.

You can follow the Little Box Challenge site for more information in the coming months.