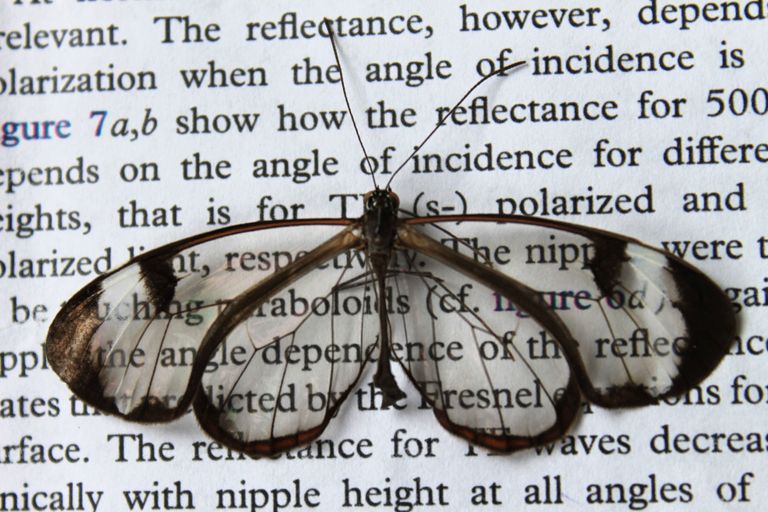 As the summer is fast approaching, any smartphone user knows that on a bright sunny day, your device becomes all but unreadable.

However, a discovery by scientists at the Karlsruhe Institute of Technology could lead to making screen glare a thing of the past.

While the sun is reflected by a display, the glasswing butter hardly reflects any light off its wings. For the butterfly this is important as it helps it evade predators. Researchers found that irregular nanostructures on the surface of the butterfly wing cause the low reflection.

The nanostructures are tiny pillars of random height of around 400 to 600 nanometers. Compare that to a human hair, which is approximately 80,000 to100,000 nanometerswide.

“In contrast to other natural phenomena, where regularity is of top priority, the glasswing butterfly uses an apparent chaos to reach effects that are also fascinating for us humans,” saidRadwanul Hasan Siddique, a doctoral student at the institute.

The scientists succeeded in reproducing this effect and said the findings could be used to create low-reflection surfaces not only for smartphone displays but also camera lenses. The anti-glare properties also appear to work at any viewing angle.

Things are very much at the conception stage at the moment but prototypes have already revealed that this type of surface coating also has a water-repellent and self-cleaning effect, meaning a smudge-free screen that can survive the occasional splash of water.