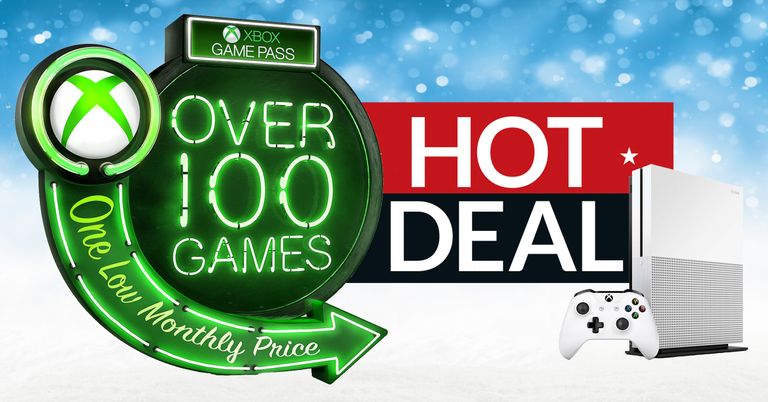 If you've just unwrapped a brand new Xbox One X or Xbox One S games console this Christmas and want to immediately stuff it full of amazing AAA games then this simply awesome Xbox Game Pass deal is without doubt worthy of your attention.

That's because Microsoft is for a limited time offering access to its Netflix-style video game service, Xbox Game Pass, for just £1 for an entire month. That's just £1 for access to some of the absolute best titles on the market today, such as Forza Horizon 4.

Here are the details of the deal in full:

1-month of Xbox Game Pass | now £1 (was £7.99)
If you've just got a new Xbox One for Christmas and want to immediately arm it up with over 100 games for next to nothing then this is the deal for you. That's because Microsoft is currently offering access to Xbox Game Pass, its Netflix but for games service, for just £1 for an entire month. Normally one month's access costs £7.99, so at this price that is a stupendous 87% saving. Unlimited access to over a 100 amazing Xbox games for just £1? Enough said.View Deal

Xbox Game Pass is Microsoft's Netflix-style video game service whereby for one monthly fee you get unlimited access to play over 100 amazing Xbox One and Xbox 360 games. As such, and especially if you are new to the Xbox ecosystem, it can be a perfect and very affordable way to play some of the very best titles on the market.

And, that's when it is priced as usual, which is £7.99 for a month of access. So at just £1 this Xbox Game Pass deal offers simply incredible value for money.