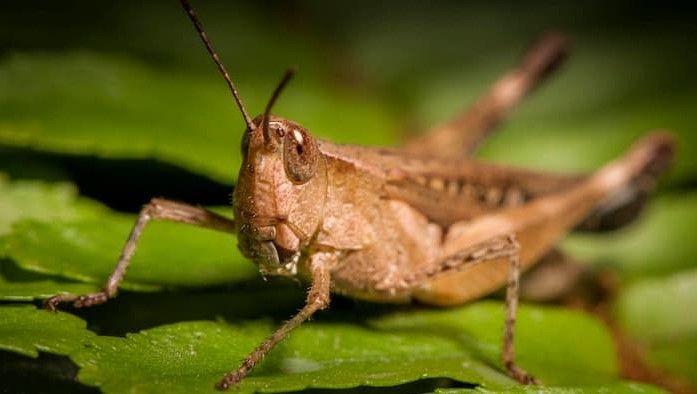 A group of researchers from Washington University in St Louis want to create a cybernetically-enhanced locust that will be used to search for and identify explosives. - and they've convinced the United States Navy to sponsor them.

In fact, the Office of Naval Research is funding the team - led by associate professor of Biomedical Engineering, Baranidharan Raman - to the tune of US$750,000 in order to make the seemingly science fiction-based concept a reality. Raman has been researching insects and their sense of smell for years, and he believes their incredibly sensitive antennae and highly attuned sense of smell can be trained to identify certain odours - even in a scenario dominated by other pongs.

"Why reinvent the wheel? Why not take advantage of the biological solution?" muses Raman. "That is the philosophy here. Even the state-of-the-art miniaturized chemical sensing devices have a handful of sensors. On the other hand, if you look at the insect antenna, where their chemical sensors are located, there are several hundreds of thousands of sensors and of a variety of types."

So how does the team plan to make something as small as a locust effective at bomb sniffing? Firstly, the team plan to implant an electrode into its brain that will enable them to track the electrical activity running to its antennae, before fitting the test subject with a tiny transmitter that will fit onto its back.

They're also planning to control the locust remotely via a process that involves tattooing the locust's wings with a form of silk that can convert light into heat. This would generate a laser pointer of sorts, which Raman and his team say would be used as a rudimentary remote control. The team hope to have a working prototype sniffing out C4 within the year, and it believes the new bugs could be more effective in the field than sniffer dogs.

Via: Washington University in St Louis

Why not check out: What are home robots capable of right now?