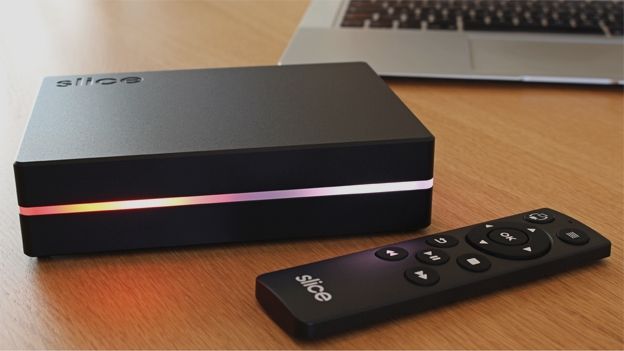 It's small, it's shiny, and it beams video to your tele - three ticks make this a solid home entertainment cash-drop.

The first media player running a Raspberry Pi module at its core has launched to the world, courtesy of Kickstarter.

The stylish 'Slice' touts a hefty 1TB of storage space and plugs direct into your tele via HDMI, letting you play anything you ruddy well like.

Five Ninjas, the team behind Slice, says its svelte system measures up smaller than a Bluray boxset and is portable enough to cart around with you to your mates houses.

"Slice offers a totally self contained media system in a portable form factor. We've created the media player we think was missing from the market," says Mo Volans, creator of the Slice concept.

The Sheffield-based start-up consists of five enthusiastic gadgeteers with backgrounds in media, electronics, manufacturing, and design - all put to good use designing the Slice.

"We don't like the streaming media players that dominate the market. If you have a dodgy internet connection they don't work, and you need a monthly subscription to use most of them," explains Paul Beech, self-titled Ninja number three.

It's also worth mentioning that since Slice is built on the Pi, it's open source and easily reprogrammable, so community input is a dead-cert.

The katana-toting tech firm is looking for a sizeable £90,000 in funding before they can bring the product to market.

The Kickstarter project launched today and already has upwards of £10,000 backing with 44 days left to go. Looking good, then.

If you're eager to snap up your very own Slice, you're looking at a £159 price tag with December 2014 tipped for initial release.

There's also an option for a cheaper £109 variant that ships sans a hard-drive. Great for tinkerers who want to sort their own storage.

Check out the Slice launch video below: