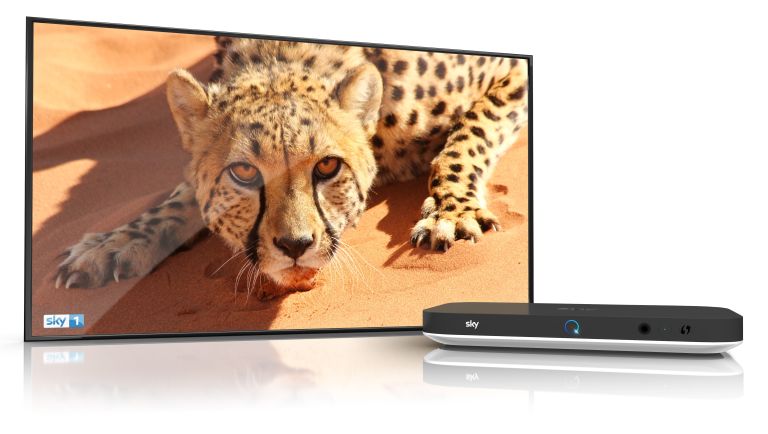 As we kind-of knew already, Sky will be sending all manner of Ultra HD broadcasts to Sky Q from August. Ultra HD will be a pretty serious business for Sky and the message is that it's not just about sport – although there will be a whopping BT-beating 124 live Premier League games in Ultra HD this coming Premier League season.

What are the best bits?

In terms of sport - as well as all that footy - every 2017 Formula 1 race will also be available in Ultra HD on Sky Sports F1. Sorry, but there's no word on any cricket, rugby or anything else as yet.

At the demo we were also shown some natty enhancements to the Sky Q interface including the ability to scroll through programmes much more easily - even minute-by-minute should you want to.

To watch Ultra HD, you'll need the Sky Q Silver box and subscription, and a compatible Ultra HD TV of course. You'll need an Ultra HD TV that supports 2160p at 50 frames per second and HDCP 2.2.

As well as the Silver box, you will also need the Sky Q Silver bundle (yes, it is actually possible to have one without the other) to enjoy watching documentaries and entertainment, plus Sky Sports and Sky Cinema subscriptions to watch sports and movies in Ultra HD.

Sky Store movies can be rented by anyone with a Sky Q Silver box, whatever package you're on.

I've got the Silver box and Silver bundle Do I need to do anything else?

You will need to set your box resolution to 2160p (4K Ultra HD) rather than 1080p (Full HD). There will be a box update towards the end of July and you can do the set up any time after that – simply go to Settings > Setup > Audio Visual > and select 2160p. If you do not set up you will be prompted to do it when when you attempt to view in Ultra HD - press the red button and follow the on screen instructions.

Our guide to all the bundles and boxes: Sky Q price, availability and more.

Firstly, it's not like it was with Sky Sports HD, or even Sky Sports 3D. There's no separate channel for Ultra HD content.

Finally, here's everything you expect to see on Sky Q in Ultra HD

Now why not check out Dyson 360 Eye review: the best robot vacuum cleaner so far, but…