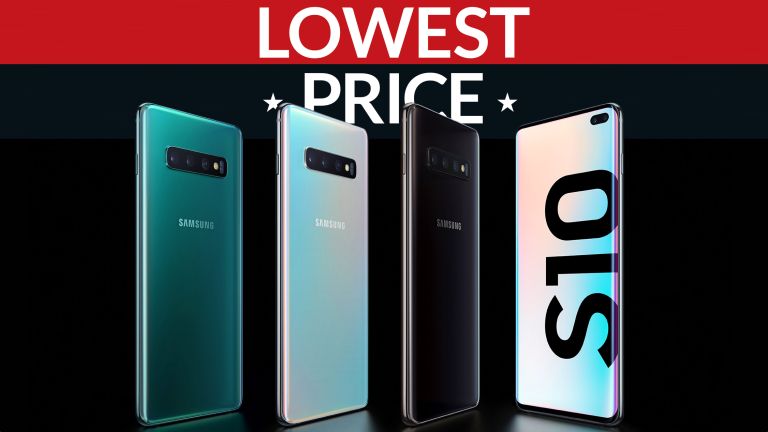 Looking for the best Android phone on the market in time for the Black Friday deals? Look no further. Galaxy S10 Plus snatched the coveted T3 Award for Best Smartphone earlier this summer thanks to its stunning design, mind-boggling feature set, and versatile rear camera. There has never been a better time to get your hands on this stunning trophy winner, thanks to the latest discount from Vodafone.

The network has rolled back the price of its Samsung Galaxy S10 Plus handset and data contracts by at least £8 per month. For example, purchasing the Unlimited Max plan will save you a massive £202 over the course of two years. That's a fantastic bargain, considering the plan provides infinite data, texts and minutes for just £47 per month in addition to the cutting-edge handset.

In our Galaxy S10 Plus review, we stated: "The Galaxy S10 Plus boasts the same stunning fit-and-finish we've come to expect from Samsung, but now sports a bigger display, bigger battery, more camera features, and faster internals. If you’re looking for the ultimate Samsung Galaxy S10, look no further."

Samsung Galaxy S10 Plus 128GB and Unlimited Max 24 month contract | was £19 upfront and £59 per month | now £9 upfront and £47 per month with Vodafone
Getting a £202 discount on the most recent entry in the Galaxy S series is almost unheard of. So, don't expect this deal to come around again anytime soon once the sale ends.
With amazing battery, a 6.4" display, 128GB of storage and and a triple camera system, it's the best Android phone on the market right now.View Deal

The Unlimited Max is now £47 per month from now until 28 November, making it cheaper than its Unlimited and Unlimited Lite deals, which aren't as comprehensive. You won't find a better bundle deal for the Samsung Galaxy S10 Plus anywhere. But hurry – this deal is only around until the end of the month.