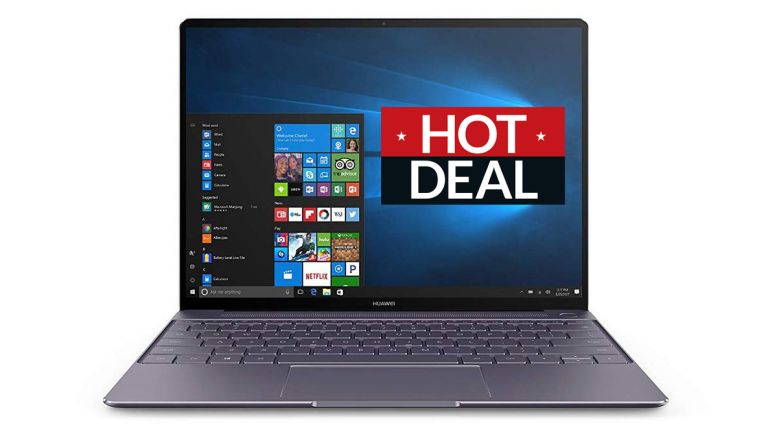 The Amazon Prime Day 2019 sale has already delivered a selection of top deals, but this simply stunning laptop deal on the excellent Huawei MateBook X is on another level in terms of cost saving.

That's because the luxe laptop is currently reduced by a titanic £473.56 at the online retailer, which translates as a going-on half-price 39 per cent price drop and the lowest ever price the system has retailed for at Amazon.

Check out the full details of the stellar laptop deal below:

In our Huawei MateBook X review we praised the system's "amazing design and screen" and concluded that "the Huawei Matebook X has it all, a stunning premium design, powerful specs, and useful, user-centric features."

And, this model comes with a great spec, too, with an Intel Core i5 partnered with 8GB of RAM and a spacious 256GB SSD. A fresh copy of Windows 10 Home comes pre-installed on the machine, too, while its internal battery delivers an average lifespan of 10 hours on a single charge.