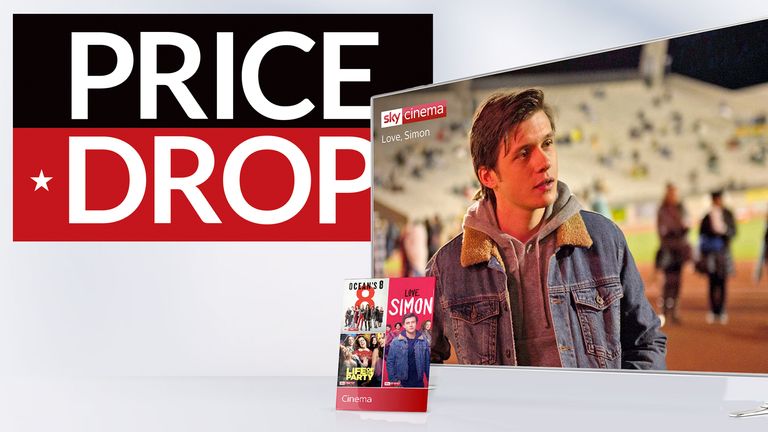 If you're planning to spend Valentine's Day on the sofa watching movies – cheesy rom-com, or otherwise – you're in luck! We've unlocked an exclusive 50% off discount for Sky Cinema, which has more than 1,000 movies on-demand, themed film channels around specific genres and actors, as well as a premiere every day.

Now TV • Sky Cinema Pass | 50% OFF
This is one offer that you'll need to add to your shopping basket fast. You've only got until February 14, 2019 to sign-up to two, four or six month Sky Cinema passes for half price. That means two months is just £9.99 – which is less than single ticket to the cinema in most towns! Our exclusive discount means you're able to sign-up to a full six months of the latest blockbusters and on-demand classics from Sky Cinema for an unheard of £29.97. Bargain.
Deal ends midnight February 14, 2019View Deal

You can unlock the savings on two, four or six-month Sky Cinema Passes. The Now TV Passes can be redeemed on a number of devices, including PS4, Xbox One, PC, macOS, iOS, Android, a raft of Smart TV brands, as well as Now TV's own hardware.

But you'll have to act fast as the exclusive 50% off Sky Cinema Pass expires midnight today, February 14, 2019. Just in time for Valentine's Day.

And if you're still struggling for gifts for your partner, T3 has rounded up the best gifts for her and gifts for him for Valentine's Day 2019. Don't say we never do anything for you 😘