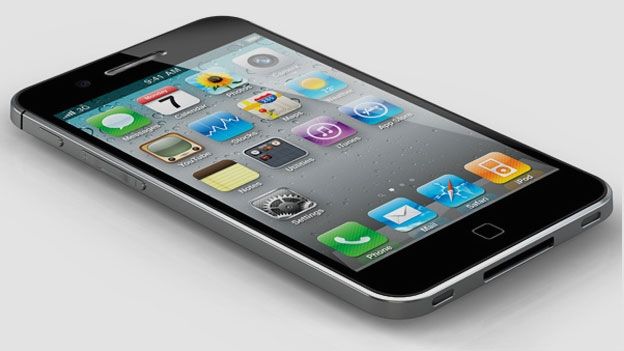 Could Apple finally be ready to jump on the trend of ever-larger smartphone screens? The WSJ reckons the iPhone 5 will boast a display of at least 4-inches

Apple has placed orders with Sharp and LG, among others, for display technology for the next-generation Apple iPhone 5, with the device expected to go into production next month.

The Wall Street Journal has been in touch with Apple's suppliers and have been informed that the handset will have a screen size of "at least 4-inches diagonally."

The widely-expected upscaling would help Apple get closer in size to the likes of the Samsung Galaxy S3, which boasts a 4.8-inch screen that makes the 3.5-inch iPhone look like an iPod nano.

The WSJ says that as well as Sharp and LG, a company called Japan Display will also be providing the panels for the device, which most observers expect to be here in October.

A much larger screen would see a rare instance of Apple bowing to market trends rather than setting them.

The iPhone 5 is expected to come packing a faster processor, NFC and LTE technologies and a modified design. We don't expect to hear anything about a new handset at WWDC next month, but in all likelihood we will get a look at the software that'll power the device, iOS 6.