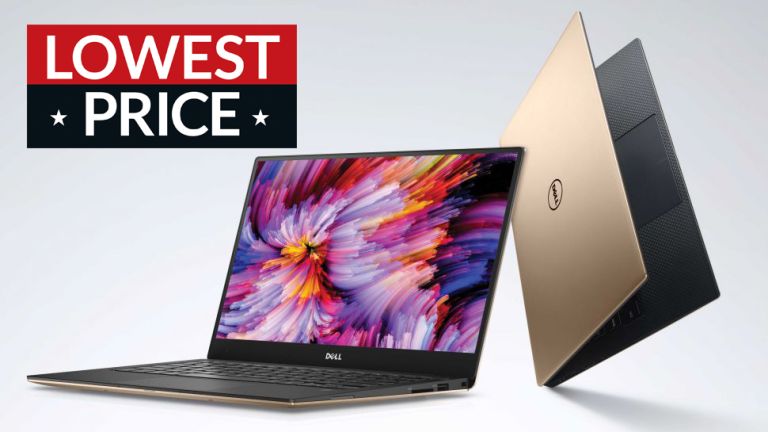 In case you are all caught up checking out all the Amazon Prime Day deals, you might have missed that Dell is running a promotion of it's own too. The tech giant is heavily discounting some of its best laptops, including the Dell XPS 13 Ultrabook, which recently won our Platinum Award and was given a max-score 5 stars on review.

The XPS main selling point is its amazing screen and the blazing speed in which it whizzes through tasks thanks to quality internal hardware suite. It's not only faster and more beautiful, but also 30 per cent thinner than its predecessor. A superb laptop for work and for entertainment too.

The Dell XPS 13 is called a MacBook rival for a good reason. The 13.3-inch screen is just magnificent: it's bright, contrasty with vivid colours, all in glorious 4K Ultra HD resolution. It's featherlight and super portable too with an (up to) 21 hour battery life so you can carry it around in town all day without having to worry about charging the battery.

Where the XPS 13's real strength lies is its performance. The laptop outperforms the current MacBook Pro and the 13.5-inch Surface Book in benchmark tests and it just feels fast. Not to mention some great features it comes with, like the fingerprint reader, voice-command using Microsoft's Cortana and the USB Type-C ports.

The Dell XPS 13 deal is a real steal at 25% off retail price. The offer is on for a limited time only, so don't hesitate or you might miss it!