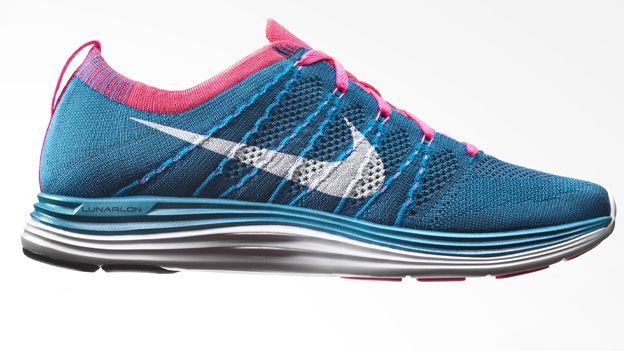 Nike Flyknit technology is not only changing the way they make shoes, but according to its designer Ben Schaffer this is just the start of making truly custom trainers

Custom, made-while-you-wait, Nike trainers could be "closer than you think" to becoming a reality according to Nike Flyknit designer Ben Schaffer it's just a case of "how and when".

Talking to T3.com, the designer revealed that while there are many hurdles to overcome Nike are looking at ways of bringing Nike Flyknit technology - where the entire upper of the shoe is made in one piece - to the custom market with the hope that in the future a person can walk into a store and that same day have a pair of bespoke Nike trainers moulded around their feet.

"On the customisation side of all of those things, the limitations are a matter of how and when and what's the best approach to get after these challenges. We are in the midst of overcoming hundreds of them right now, but I think that's with any new technology when you're first diving through this you aren't given any rulebooks."

"It's closer than you think, it's just all about trying to assess what we can do on the micro level"

Nike's new Fliyknit trainer claims to be revolutionary not just because of the properties it champions - incredible lightness and true breathability - but also because of the way it's made.

Instead of simply cutting templates of the fabric and then sticking them together to create layers, Fliyknit is a completely dynamic woven material which is made in one simple piece, it's then attached to the sole and you're good to go.

Unsurprisingly this has the added advantage of being incredibly easy to make begging the question that could new technologies such as 3D printing be used to make the process even simpler?

"I guess with any new technology...some technologies are readily available but some take a great deal of time to dive deep into and really grasp."

Schaffer went on to argue that just because there is a new technology, you still need to ask the question of whether it should be implemented straight away.

"So, for us as we look into different technologies, especially the bit about customisation, there's always certain types of limitations on how important certain elements are for runners, is it to customise everything or is it to actually have something that can form really nicely to their foot without necessarily being specifically customised."

"When you think of other sports [though], who wouldn't want some of those elements there? Of course, as with any kind of equaliser, any kind of shift, certain needs and requirements are primary for certain sports that need a little bit more protection or they need a little bit more weather-proofing, there's all those kind of elements we've got to be conscious of how to apply those."

The new Nike Flyknit+ One trainers will go on sale in the UK in February 2013. Here's how they're made: